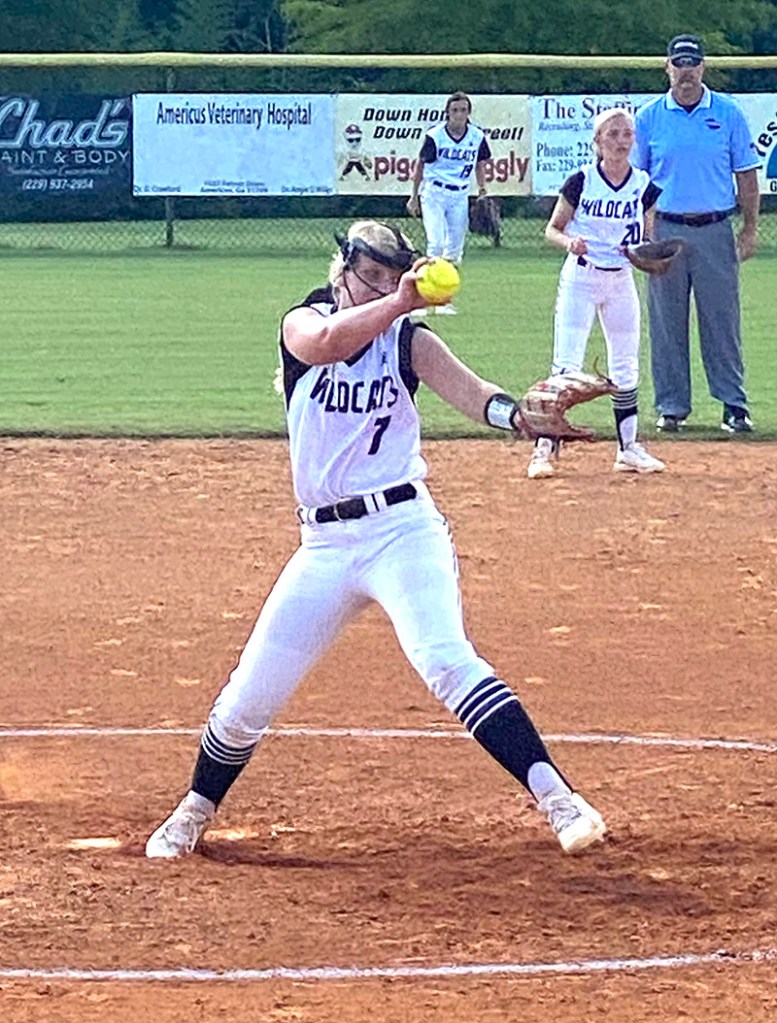 ELLAVILLE – Thanks to a strong outing by Schley County starting pitcher Lizzie Barineau, the Lady Wildcats Softball Team earned its first victory of the 2021 season by the score of 3-2 over Mount de Sales Academy (MDS) on Wednesday, August 18 at Wildcat Park.

Barineau pitched six scoreless innings before running into trouble in the top of the seventh. The Lady Cavaliers scored two runs on four hits in their final at bat and had the tying run at second base with two outs. However, Barineau was able to get Peyton Barfield to ground out to third baseman Landry Whaley to end the game.

“It’s nice to get the first win under our belt,” SCHS Head Coach Jody Sellars said. “I’m proud of the girls. Our pitching and defense was almost perfect. I tell them that we’ve got to pitch and play defense every game. Offense comes and goes, but you’ve got to pitch and play defense if you want to compete with teams. I’m really proud of them for doing that. Still lackluster at the plate, but we’ll figure it out. I’m proud of them for finding a way to scratch and find three runs, which eventually ended up being enough to hold on for the win.”

Barineau went the entire way for the Lady Wildcats to get the win. She gave up a total of two runs on nine hits and walked two batters.

Barineau’s MDS counterpart, starting pitcher Eva Crader, was just as dominant through 4.5 innings. It wasn’t until the bottom of the fifth inning that the Lady Wildcats were able to break the scoreless deadlock. Mackenzie Pugh led off the frame with a single and stole both second and third to put herself in prime position to score. Then with two outs, Maddie Walker drove in Pugh on a bunt single to give SCHS a 1-0 lead. 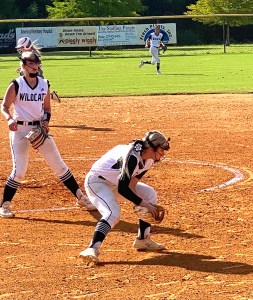 The Lady Wildcats were able to add two more runs in the bottom of the sixth. With runners at first and second and nobody out, Landry Whaley was able to advance to third base on defensive indifference and then scored on a wild pitch. Destiny LeCroy then hit a fly ball to centerfield and was able to reach on an error. That error also allowed Berkley Goodin to score, giving SCHS a 3-0 lead.

However, the Lady Cavaliers would not go quietly. In the top of the seventh, McKenna Smith and Sawyer Stuart began the MDS comeback with back-to-back singles. Barineau was able to retire Ava Deladona and Taylor Jones. With two outs, Evie Taylor drove in the first MDS run of the game on an RBI single. Then Crader followed that up with an RBI single. Just like that, the Lady Cavaliers were one run away from tying the game with the tying run on second base. However, Barineau was able to get Peyton Barfield to ground out to third to preserve the hard-fought 3-2 victory. 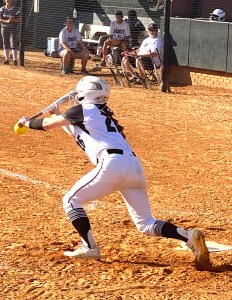 Schley County centerfielder Maddie Walker drove in the Lady Wildcats’ first run of the game on an RBI single in the bottom of the fifth inning to help lead SCHS to a 3-2 victory over Mount de Sales Academy for their first win of the season.
Photo by Ken Gustafson

The Lady Wildcats scored three runs on just four hits and committed one error. Maddie Walker, Zoe Molina, Makena Wurtz and Mackenzie Pugh each tallied a hit for SCHS. Walker also drove in a run in the ball game. As for MDS, they scored just two runs on nine hits and committed two errors.

The Lady Wildcats (1-3) will now try to extend their winning streak to two games when they travel up to Kathleen, GA to take on Veterans on Monday, August 23. First pitch is scheduled for 6 p.m.