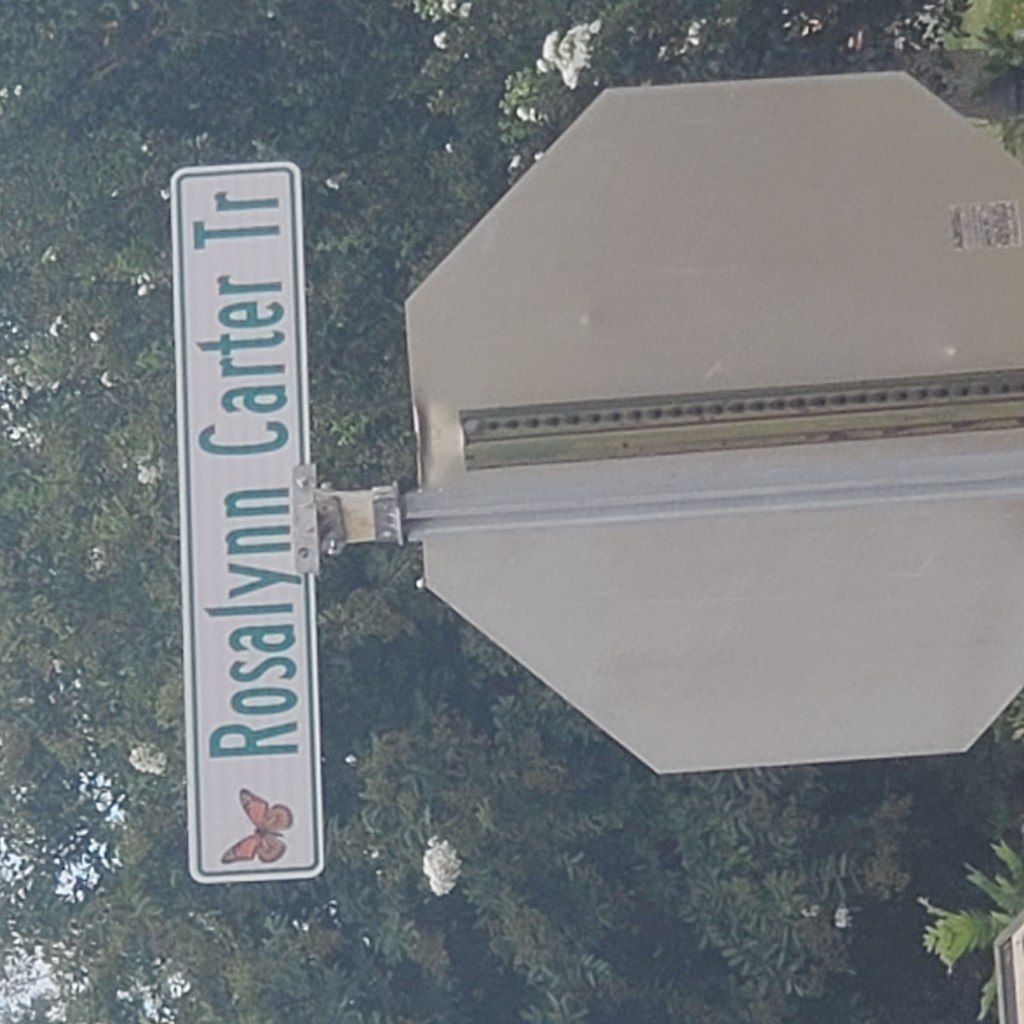 The City of Plains honored former First Lady, Rosalynn Carter, by changing the name of her childhood home’s street. Mayor Boz Godwin read a proclamation from himself and the city council. He mentioned there is usually some discussion amongst city council before making a vote, however when it came to renaming the street, “this time there was an immediate yes and the discussion was, ‘how can we help?’.” Residents and business owners on South Bond Street agreed to make the change happen. As of August 20, 2021, South Bond Street will be known as Rosalynn Carter Trail. The crowd cheered as First Lady Carter appreciated Mayor Godwin and addressed the crowd. She reports being “thrilled for having this street named for me.” She shared memories of walking the street her home sat on with the crowd and thanked the crowd for the honor. 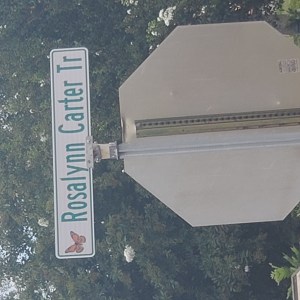 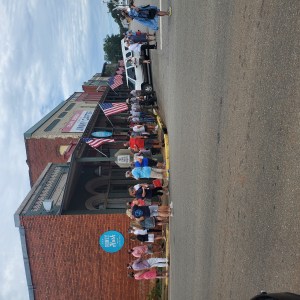 Some of the those attending the celebration

Applause rang out again as Mrs. Carter revealed the new street sign. Tim Buchanan invited those present to extend their celebration by taking a stroll on the new Rosalynn Carter Trail to view the progress being made at the Rosalynn Smith Carter Childhood Garden. Tim made welcome those who wanted to see the plans of “our dream for what is to come.” There is a quaint lot between 2 homes, one of which Mrs. Carter grew up in. The lot is home to a garden which will not only serve as respite for citizens but will also be a landing spot for butterflies. 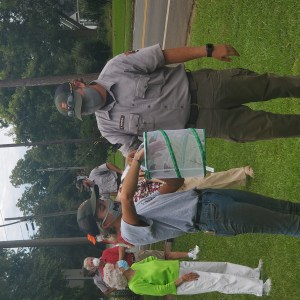 The garden has begun to take its initial roots, but there are plans for grander spaces. The “dream” as Tim referred to the plans, were present for all to imagine. The renderings in themselves are beautiful and it is a grand hope they will come to fruition as time passes. Under the tents on the gardens, folks gathered to view the plans, receive a plant which will attract butterflies to their own garden and enjoy cool water with friends on a warm morning. The landscape architect was present to answer any questions. To welcome folks to the garden, butterflies were released as conversation flowed. 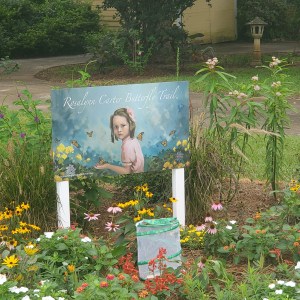 Beginnings of a garden

If you are visiting the good folks of Plains, take a ride by the childhood gardens. If you are coming from Americus, turn left onto the new Rosalynn Carter Trail, go a smidge further, and look for the gardens on the left. Do not be surprised when a butterfly companion shows up to point the way! 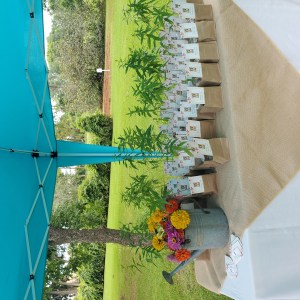