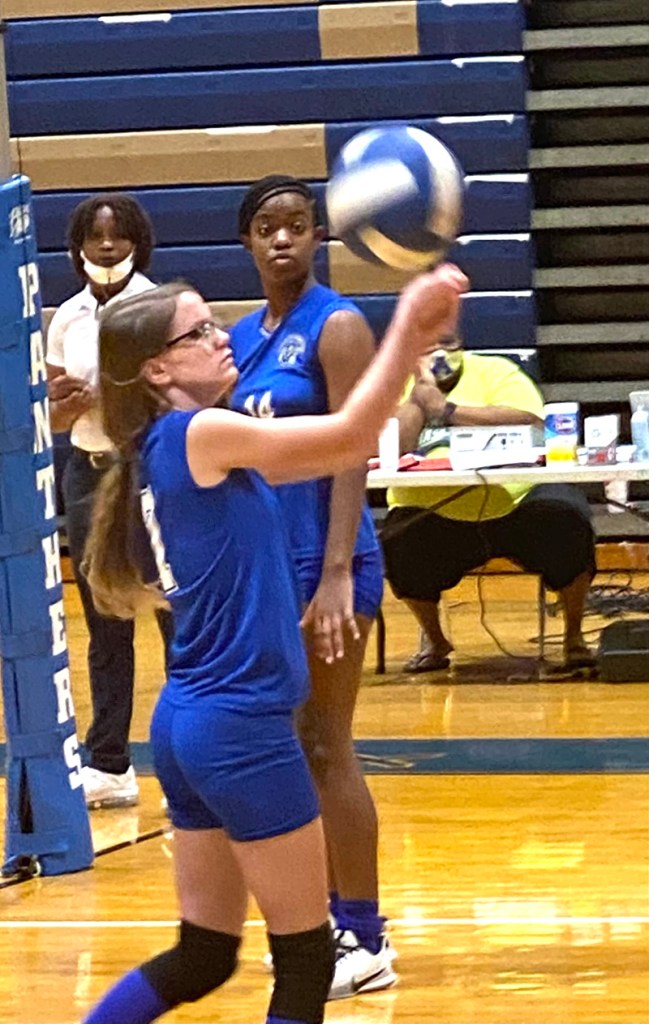 Sumter County middle hitter Georgia Wooden tries to knock the ball back over the net for the Lady Panthers. Photo by Ken Gustafson

AMERICUS – The Sumter County High School Girls’ Volleyball Team had an easy time of it with Randolph-Clay (RCHS), as the Lady Panthers scored eight straight points on service aces on their way to winning Set 1 by the score of 25-6.  Though RCHS took an early 3-1 lead in the second set, the Lady Panthers out scored the Lady Red Devils 24-12 the rest of the way to win the second set 25-15 and sweep the match 2-0 on Tuesday, September 7 at the Panther Den.

The Lady Red Devils struggled to return the serves and could not generate any offense against the Lady Panthers. As a result, SCHS went on to win the first set 25-6. 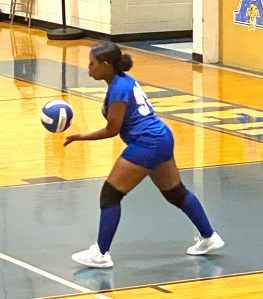 The Lady Panthers (2-4) will face RCHS in a rematch in Cuthbert on Tuesday, September 14 at 5 p.m.