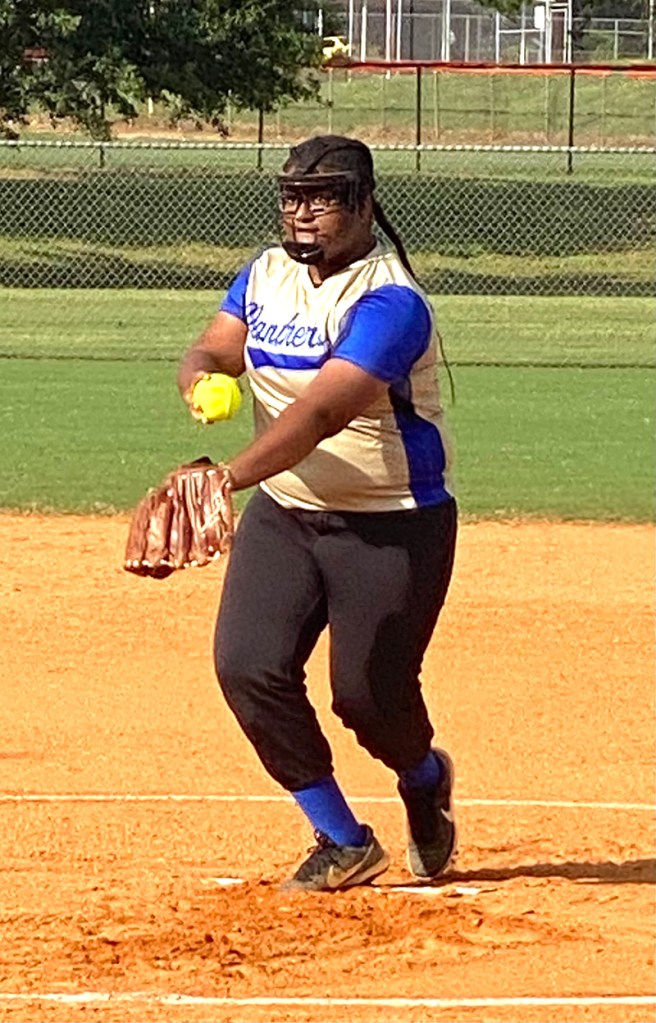 Sumter County pitcher Madison Shelton went 3 for 4 at the plate with a double, two singles and drove in four runs in the Lady Panthers’ 32-23 loss to Central (Macon). Photo by Ken Gustafson

AMERICUS – The Sumter County Varsity Girls Softball Team (SCHS) came extremely close to earning its first win of the season against Central (Macon (CM) on Thursday, September 9 at Sumter County High School. However, with the score tied at 21-21, the Lady Chargers scored 11 runs in the top of the fifth on mostly walks, passed balls and errors.  The Lady Panthers tried to answer in the bottom of the fifth, but could only score two runs and fell to CM 32-23.

The Lady Chargers jumped out to a 5-0 lead in the top of the first on four hits and they took advantage of numerous passed balls and wild pitches, but the Lady Panthers returned the favor in the bottom half of the inning. They were able to score seven runs on two hits and took advantage of two walks and two hit batsmen. One of their two hits in the inning was a two-run double by Madison Shelton. 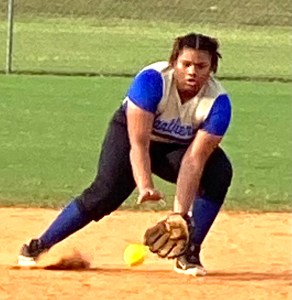 Sumter County shortstop Tamia Aldridge makes a play in the field for the Lady Panthers.
Photo by Ken Gustafson

However, the Lady Chargers countered with another big inning. They scored nine runs on five hits and took advantage of three SCHS errors and two hit batsmen.

The Lady Panthers were able to chip away in the bottom of the second by scoring three runs and took advantage of three straight hit batsmen, but their best offensive output of the night came in the bottom of the third when they scored six runs on four walks, an error and an RBI single by Shelton. At this point, SCHS had a 16-14 lead.

Unfortunately for SCHS, they were not able to hold that lead. In the top of the fourth, CM scored seven runs on five hits and took advantage of a few SCHS errors. 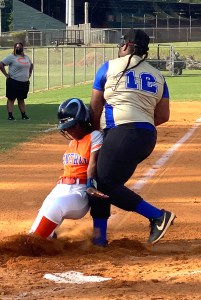 Undaunted, however, the Lady Panthers did not quit. In the bottom of the fourth, they scored five runs by taking advantage of five walks and getting another RBI single from Shelton to tie the score at 21-21.

However, the fifth inning proved to be the Lady Panthers’ undoing. CM was able to score 11 runs on mostly walks, errors and hit batsmen. They Lady Chargers also got timely hitting from Kamari Williams and Brianna Pryor, who drove in runs on a double and a triple respectively. The Lady Panthers tried to mount a comeback in the bottom of the fifth and were able to score two runs, but the comeback bid fell short and CM left Americus with a 32-23 victory. 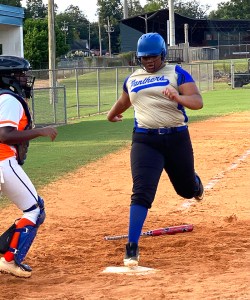 Shelton led the Lady Panthers’ offense by going 3 for 4 at the plate with a double, two singles and four RBIs. Tamia Aldridge was also in the hit column, as she went 1 for 4 with a single and an RBI.

The Lady Panthers (0-7) will try once again to earn their first win of the season when they travel up to Fort Valley to take on Peach County on Tuesday, September 14. First pitch is scheduled for 5 p.m.