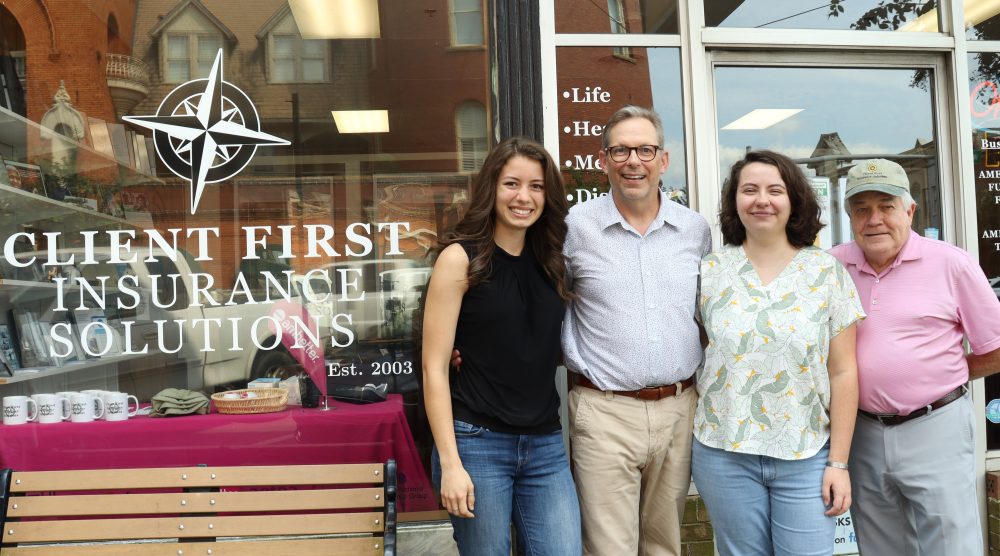 AMERICUS, GA – Client First Insurance Solutions announced this week that it has expanded its ownership structure to include all its insurance agents – a move that sets it apart from many independent insurance agencies and has garnered national recognition from cooperative leaders.

Founded in Harrisonburg, Va. in 2003, Client First relocated to Americus when its owner, Kirk Lyman-Barner, opened a storefront downtown in 2015 to help community members navigate their healthcare options in the wake of the Affordable Care Act.  Since then, Client First has expanded to offer personal lines such as auto, home, life, and commercial insurance.

Having the right people in the right roles at Client First was a key reason Lyman-Barner wanted to expand the ownership structure of the organization.

“When I started thinking about the future of the business, I knew the staff was a great fit,” he said. “They were all committed to putting the client first. But I really wanted to ensure they were invested for the long-term.  So, I approached them about ownership, and they were on board.”

Converting the business to a partnership structure is a process that has taken several months to complete, but Lyman-Barner is convinced it is the right move. “Long ago, I made the decision that if I put my clients’ needs first, success would follow. I vowed to never sell a policy if it didn’t make sense for a client – even if I had to refer them to another agency,” he said.  “I know my partners here feel the same way.  They are as invested in the success of the organization as I am, and that can only benefit the client.”

When asked her opinion on the new ownership structure, Phillips had this to say: “When I first started working at Client First, I noticed that something was different in that way the company was run. The focus of the business was on the care of the customer – not on the money that could be made from them. That is the kind of business I wanted to invest in, and when Kirk approached me with the idea of this partnership, I was excited to become a business owner with a group that shared those values.”

While there is a growing number of businesses creating Employee Stock Ownership Plans (ESOP), Lyman-Barner wanted the new business model to be more than a profit-sharing incentive.  He wanted the business to be democratically managed with a planned succession strategy.  Seeking models from other like-minded companies, Client First Insurance Solutions became a member of The U.S. Federation of Worker Cooperatives.

Employee-ownership of insurance agencies is fairly rare, according to Mr. Lyman-Barner. “Most agencies have one majority owner and a group of agents who work for them.”

The U.S. Federation of Worker Cooperatives recently highlighted Client First on its Instagram account for converting its ownership structure to employee-owned. Learn more about Client First Insurance Solutions by visiting them in person at 132 West Lamar Street in Americus, calling (229) 596-1002, or online at: www.client-first-insurance.com