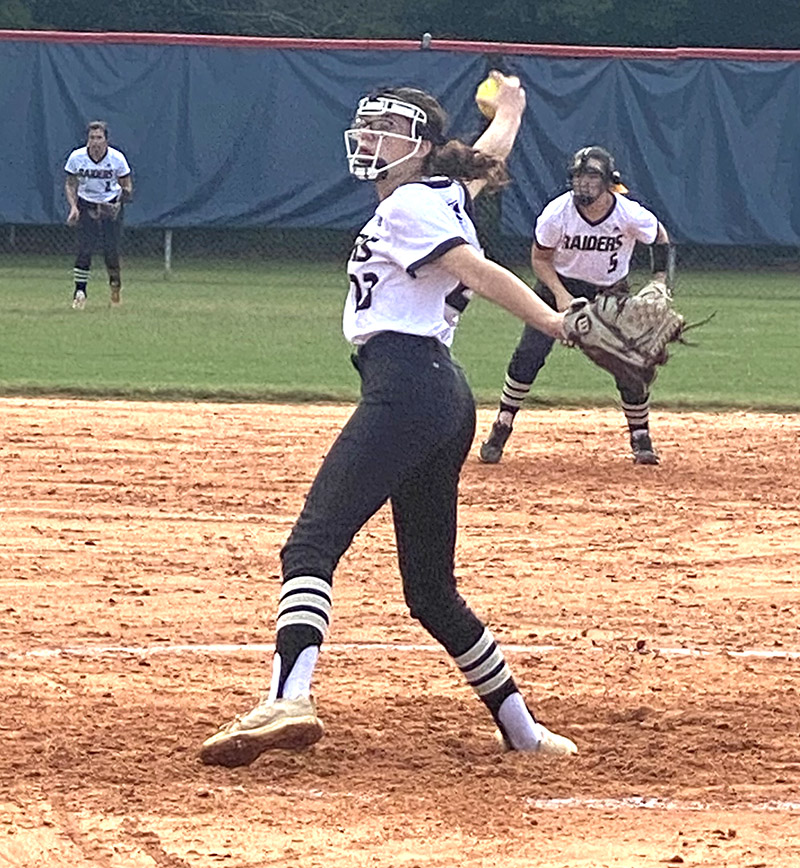 ALBANY – After a six-day layoff, which included the postponement of their GISA Region 3-AAA contest at Brookwood due to bad weather, the Southland Academy Lay Raider Softball Team (SAR) returned to the diamond in Albany against Deerfield-Windsor on Monday, September 20.  With SAR leading 5-1 in the third inning, the Lady Knights scored three runs to cut the lead to one. However, thanks to RBI singles by Maddie Godwin and Ila Johnson in the top of the fifth, the Lady Raiders (7-7) regained their four-run lead and went on to defeat DWS 8-4 to earn their first road victory of the season.

Both Godwin and T.J. Bowden led the SAR offense by going 2 for 4 at the plate. Bowden drove in two RBIs and Godwin drove in one run and scored one as well.

Landry Hart was also productive at the plate. She went 1 for 3 with an RBI and two runs scored. As a team, the Lady Raiders pounded out 11 hits on the day. 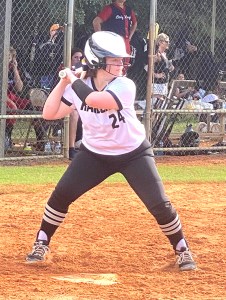 With two outs in the top of the fifth inning, Southland Academy pinch hitter Hudgins was able to draw a walk to load the bases for the Lady Raiders. That would lead to Ila Johnson’s RBI single that gave SAR an 8-4 lead.
Photo by Ken Gustafson

Godwin got the start in the circle for SAR. In a little over two innings of work, she gave up four runs on two hits, walked four batters and struck out five. Chelci Woody came on in relief of Godwin and pitched a little over four scoreless innings. Woody only gave up one hit and walked one batter while striking out three.

The Lady Knights responded with a run in the bottom of the first, but SAR countered with another run in the second when Samantha Wojnar drove in Jadie Burrell on an RBI bunt single to give the Lady Raiders a 4-1 lead. Then in the top of the third, SAR added to its lead when Bowden drove in Hart on an RBI single to left field. 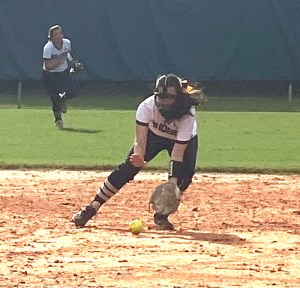 However, SAR ran into trouble in the bottom half of the inning, as the Lady Knights were able to score three runs by taking advantage of five walks. Fortunately for the Lady Raiders, with two outs, Woody was able to record a strikeout to prevent further damage. 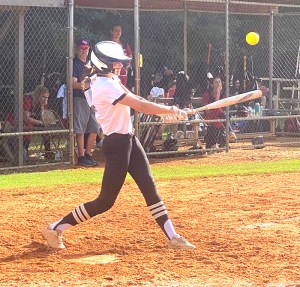 Southland Academy centerfielder Morgan Minick went 1 for 3 at the plate with a single and a run scored in the Lady Raiders’ 8-4 win at Deerfield-Windsor.
Photo by Ken Gustafson

Over the next four innings, Woody was able to neutralize the DWS offense by not allowing any runs and only giving up one hit in helping to secure the hard-fought road win for the Lady Raiders.

“We had that one bad inning where we just didn’t throw enough strikes, but Chelci came in. She got out of the jam and then she finished the door for us,” Hargrove said. “She did a really good job of throwing strikes from there on out and I just can’t say enough of how proud I am that they battled and put together good at bats and really worked hard for me today.”

The Lady Raiders will try to keep the winning momentum going when they host Valwood in another GISA Region 3-AAA contest on Tuesday, September 21. First pitch is scheduled for 4:30 p.m.