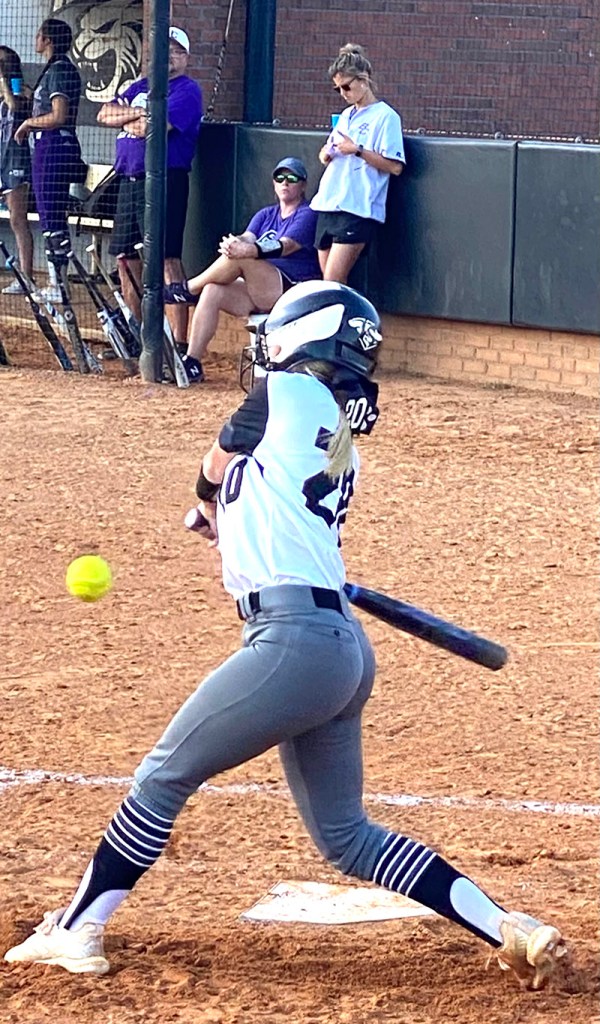 Schley County second baseman Makena Wurtz went 2 for 2 at the plate with two singles in the Lady Wildcats’ loss to Bleckley County. Photo by Ken Gustafson

ELLAVILLE – After losing a hard-fought Region 5A-Public contest to Marion County in Buena Vista the day before, the Schley County Lady Wildcats Softball Team (SCHS) took the field at Wildcat Park on Wednesday, September 22 hoping to end their three-game losing streak with a win over the Bleckley County Lady Royals. However, BC erupted for seven runs on six hits in the top of the first inning. That seven-run barrage by the Lady Royals effectively set the tone for the rest of the game as the Lady Wildcats went on to lose 11-0.

The big blow in the first inning came off the bat of BC’s Darci Dillard, who belted a three-run home run, making the score 6-0 in favor of the Lady Royals. BC scored its seventh run of the game later on in the first inning when Riley Haley drove in Reagan Wimberly on an RBI single.

Errors by the Lady Wildcats also played a factor in BC’s first inning explosion, as SCHS committed three of them.

Unfortunately for the Lady Wildcats (5-9, 2-2), the offense that pounded out 11 hits the day before against Marion County could only muster three hits against BC starting pitcher Riley Haley. Two of those three hits came off the bat of Makena Wurtz, who went 2 for 2 with two singles. Berkley Goodin was the only other Lady Wildcat who got a hit in the game. Goodin singled to left field in the top of the fifth. 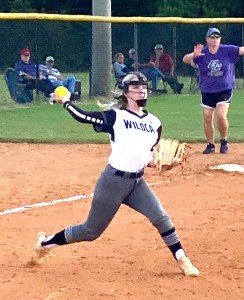 Schley County third baseman Landry Whaley fields a ground ball at third and tries to throw out the runner at first.
Photo by Ken Gustafson

Lizzie Barineau started in the circle for the Lady Wildcats and gave up nine runs on nine hits with one walk in three innings of work. Jaelyn Wynn came on in relief of Barineau and gave up two runs on two hits in the final two innings.

Haley had a dominating performance in the circle for the Lady Royals (6-7). She pitched five scoreless innings and gave up three hits, walked one and struck out four.

The Lady Wildcats will try once again to put a halt to their losing streak when they host Bryan County in a doubleheader on Saturday, September 25. Game 1 is scheduled to start at 12 p.m., followed by Game 2 at 1:30 p.m.