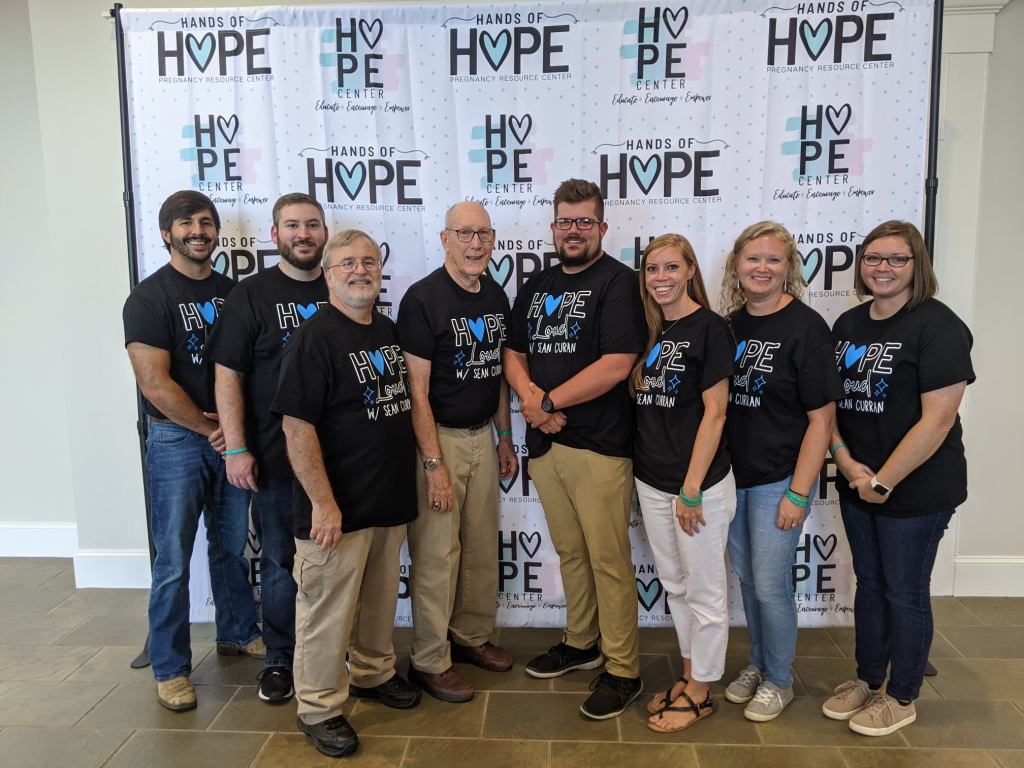 By June B. Anderson

Excitement was already in the air as my husband and I entered the foyer of Central Baptist Church in Americus for the Sean Curran concert on Thursday, September 9.  Greeters and ticket booth volunteers cheerfully and warmly welcomed those of us who had come out to enjoy the concert and support the Hands of Hope Pregnancy Resource Center, on Thomas Drive in Americus, the organization for which Sean had so graciously agreed to come and lend a hand.  Chris Yarber, Assistant Pastor of Cornerstone Church, opened the evening with a brief introduction to the coming festivities and had a little fun by throwing Hope Loud t-shirts to the crowd.  Then Chris introduced the Cornerstone Worship Team who took the stage and led the gathering in about half an hour of beautiful praise and worship, calming our souls and preparing our hearts for Sean’s portion of the concert. 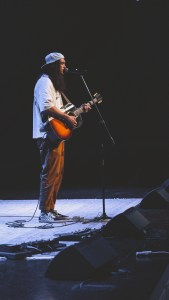 Sean is an energetic young worship leader from Passion City Church in Atlanta and loves to share his God-given musical talents with others, so when Hands of Hope contacted him with an invitation to come to Americus to help with a night of fundraising, he jumped at the chance!  He is indeed talented and as he played and sang you could see his heart and how much he loves the Lord and wants everyone to know Him.  He isn’t just musically talented but is also gifted as a worship leader.  Hands of Hope felt very blessed that Sean would agree to come and lead the evening.

Hands of Hope Pregnancy Resource Center, known as Hope Center, is an organization that serves Sumter and six other surrounding counties, Schley, Lee, Macon, Taylor, Webster, and Stewart in the area of planned and unplanned pregnancies, in which women and men may find themselves desiring a bit of help, whether financially, spiritually, in parenting, or some other area of counselling need.  It’s obvious that the staff and volunteers of Hands of Hope have a heart for those in need in this area, as evidenced on this evening through short presentations by co-directors, Jessica Woolsey, the Client Director, and Amanda Anderson, the Center Director.  They filled us in on how Hope Center operates and thanked those who are donors to this very important and much-needed organization. 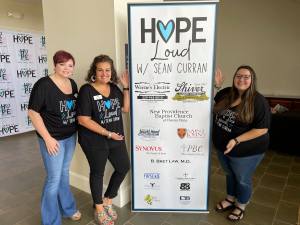 One point that Amanda made was how God had exceeded expectations during this time of uncertainty with the covid pandemic seeming to attack the world in waves.  She said He had provided more during these unsteady times than in their normal day-to-day operations!  God has touched hearts to give not only to provide for this concert but also for Hope Center’s everyday operations.

Just after the concert was over as people were milling around and leaving, my little almost-three-year-old granddaughter thought it would be great fun to hop up on the stage and talk with Sean.  Apparently Sean though it would be great fun, too, as he bent down and talked with her, letting her strum his guitar.  This JuJu thought he was awfully kind. 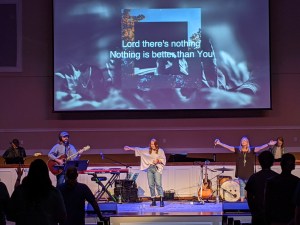 You may be considering volunteering or donating to Hands of Hope.  If that’s the case, you can visit their website at americuspregnancy.org, which contains a wealth of information, or call them at 229-928-2802.  They will be happy to speak with you!

Our mayor of 16 years addresses the Kiwanis Club