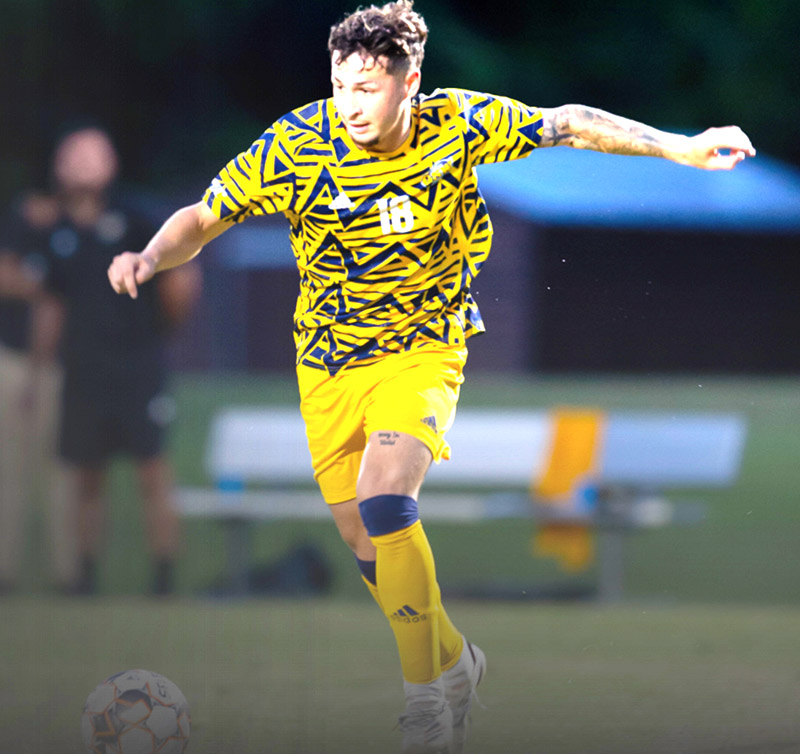 GSW Sophomore Forward Andes Melendez is in action for the GSW Hurricanes. Photo by Christopher Finn

AMERICUS – The Georgia Southwestern State University Men’s Soccer Team (GSW) gave the Young Harris College Mountain Lions their toughest test yet as they put ninth-ranked YHC on upset alert Wednesday night, September 29 at Hurricane Field. Both sides battled and put on a defensive showcase with regulation ending 0-0 and both sides not willing to give an inch. However, during the overtime period, YHC Freshman Midfielder Mikkel Goling broke the scoreless deadlock with a goal in the 99th minute that was assisted by Freshman Forward Pato Padilla. Goling’s go-ahead goal in extra time proved to be the game winner for the Mountain Lions and they left Americus with a 1-0 win over the Hurricanes.

GSW Senior Goalkeeper O’Neil Lewis had three saves on the night and Goling’s goal in the 99th minute barely got past his outstretched hands.

Although they were disappointed in the result, the Hurricanes (3-4-1, 1-3-1 PBC) took the 8-0 Mountain Lions to their limit and will look to bounce back on the road at Lander University on Saturday, Oct. 2nd at 7 p.m.