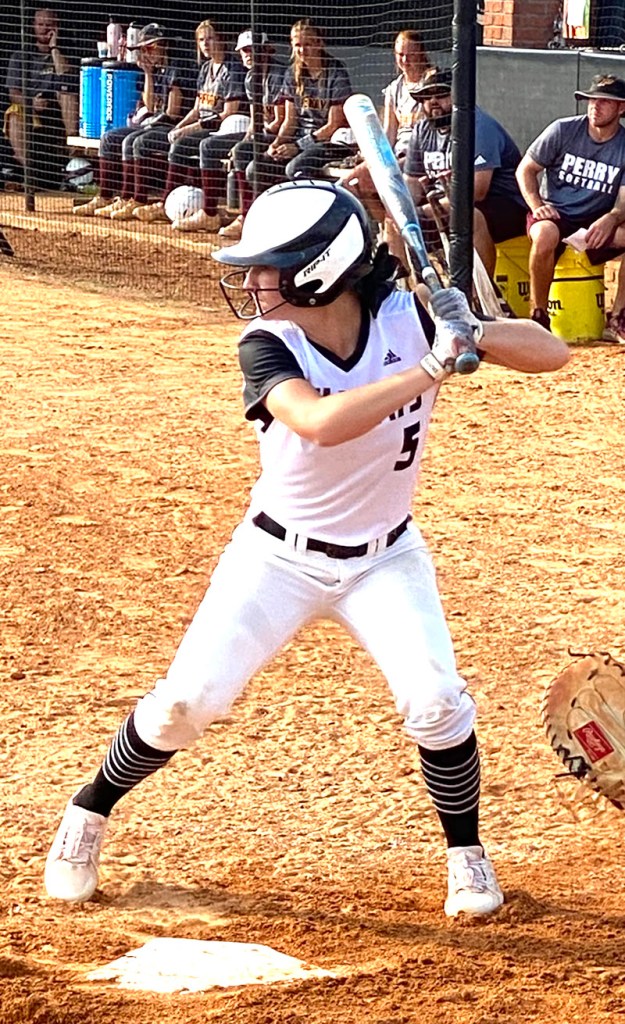 Schley County Centerfielder Berkley Goodin went 2 for 3 at the plate with a home run, two RBIs and two runs scored to help lead the Lady Wildcats to a 14-0 shutout victory over Manchester. ATR Archive

The Lady Wildcats scored four runs on three hits in the bottom of the first to take a 4-0 lead, but the decisive point in the game came in the bottom of the second, as SCHS blew the game open by scoring eight runs on four hits and took advantage of two MHS errors and two walks. Zoe Molina and Maddie Walker each drove in runs on RBI singles in the inning and Lily Walker drove in a run on a sacrifice fly.

Then in the bottom of the third, Berkley Goodin led off the frame with a solo home run over the right field wall to give the Lady Wildcats a 13-0 lead. Later on in the inning, Jaelyn Wynn scored the final run of the game for the Lady Wildcats on another MHS error.

Molina led the SCHS offense by going 3 for 3 at the plate with a double, two RBIs and a run scored and Maddie Walker went 2 for 2 with two RBIs and two runs scored.

Goodin also had a productive day at the plate for SCHS. She belted the solo home run in the third inning and singled to go 2 for 3 with two RBIs and two runs scored.

Makenna Wurtz got the start in the circle for SCHS and pitched four scoreless innings. She gave up six hits and struck out three MHS batters.