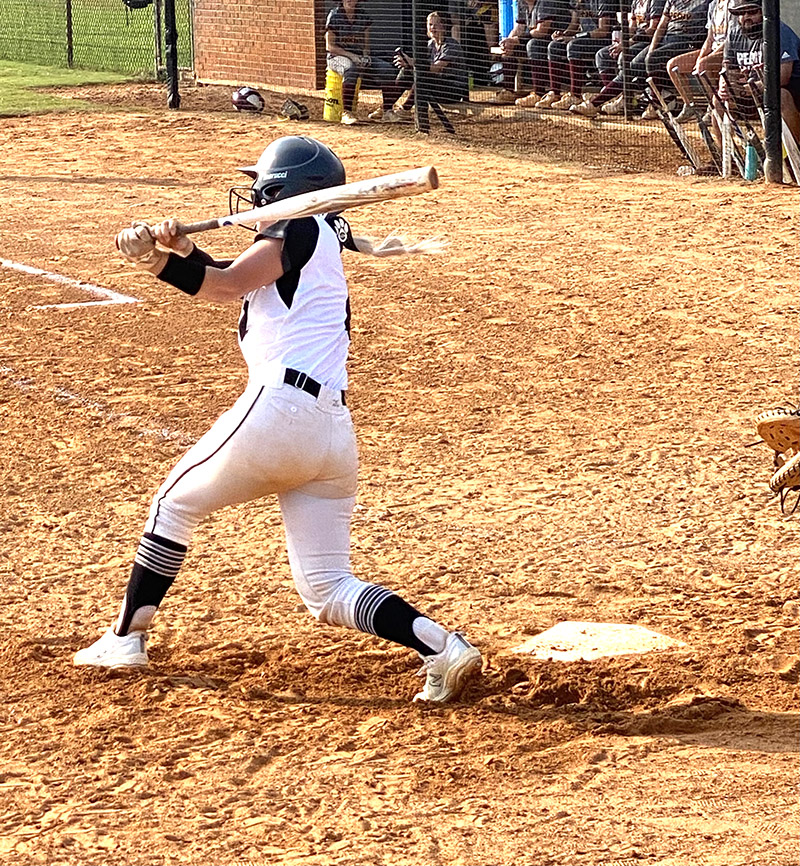 BUTLER – Schley County Senior Third Baseman Landry Whaley belted two home runs, a grand slam in the third and a two-run shot in the sixth, to lead the Lady Wildcats to a 13-9 Region 5A-Public victory over Taylor County (TC) on Tuesday, September 28 in Butler, GA.

In the top of the third, the Lady Wildcats, who were trailing 2-0, were able to load the bases with nobody out before Whaley blasted a grand slam home run over the left field wall to give SCHS a 4-2 lead. Three innings later, Whaley struck again when she sent a fly ball over the centerfield wall with a runner on first to give the Lady Wildcats an 11-8 lead.

Lizzie Barineau got the start in the circle for the Lady Wildcats. In five innings of work, Barineau gave up eight runs on eight hits and had four strikeouts. Makenna Wurtz came on in relief of Barineau and gave up one run on one hit while walking one batter over the final two innings.

TC jumped out to a 2-0 lead in the bottom of the first inning, but the Lady Wildcats responded with six runs on five hits in the top of the third, with four of those runs coming on the grand slam by Whaley.

SCHS added three more runs in the top of the fifth and took advantage of two TC errors, increasing its lead to 9-3. However, this awoke the Lady Vikings, as they responded with six runs on five hits, with three of those hits being for doubles.

Caroline Albritton and Trista Bennett each belted two-run doubles and Kelsie Driggers drove in two runs on an RBI single to help lead the Lady Vikings’ six-run explosion. By this point, the Lady Wildcats’ lead had dwindled down to one run at 9-8.

However, SCHS fought back in the top of the sixth. Maddie Walker led off with a single and Whaley belted her second home run of the game to put the Lady Wildcats up 11-8. Berkley Goodin would later score another run in the inning on an error to give SCHS a four-run lead.

The Lady Vikings fought back again in the bottom of the sixth by scoring a run on one hit and taking advantage of two errors and a walk, but the Lady Wildcats added an insurance run in the seventh on an RBI single by Molina to secure their 13-9 victory.