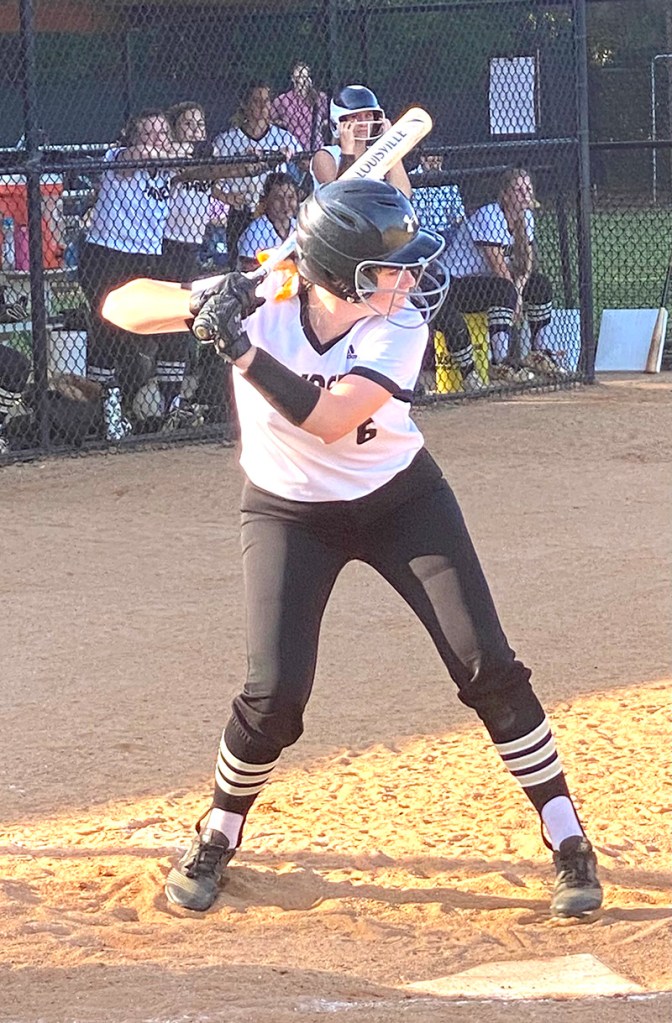 Southland Academy Senior Right Fielder T.J. Bowden went 1 for 4 with a single, an RBI and a run scored in the Lady Raiders’ 9-4 loss to Valwood. ATR Archive

AMERICUS – Despite having committed six errors in the field through six innings of play, the Southland Academy Lady Raiders’ Softball Team (SAR) still had a chance at victory against the Valwood Lady Valiants (VS), as SAR only trailed 6-4 going into the top of the seventh inning. However, with one out in the seventh, VS took advantage of another error, a walk and two singles to score three insurance runs and would go on to defeat the Lady Raiders 9-4 on Monday, October 4 at the Southland Academy Softball Complex.

With the loss, SAR drops to 9-10 overall on the season and is now 3-6 in GISA Region 3-AAA competition. VS improves its overall record to 10-6 and is now 8-4 in the Region 3-AAA standings.

The Lady Raiders were able to score four runs, but struggled offensively, as they were only able to muster four hits against VS pitcher Camden Anders. T.J. Bowden, Morgan Minick, Maddie Godwin and Kayla Hudgins each earned one hit in the contest for the Lady Raiders, but Anders managed to keep the SAR offense at bay for most of the game. She allowed four runs on four hits, struck out seven and walked six.

Ila Johnson got the start in the circle for the Lady Raiders. In four innings of work, Johnson gave up five runs on four hits, walked four and struck out four. Maddie Godwin came on in relief of Johnson and gave up four runs on five hits with two walks and four strikeouts over the final three innings.

The Lady Valiants jumped out to a 2-0 lead in the top of the third. With runners at second and third and nobody out, Anders drove in the first run of the game on a single to right field. Ellie Shaw then reached on an error that allowed Ranada Vinson to score.

VS added two more runs in the top of the fourth on a two-run single from Graceigh Booth, but the Lady Raiders responded in their half of the fourth. With runners at first and third and one out, Kayla Hudgins drove in Godwin on an RBI single.

The Lady Valiants added two more runs on two hits in the top of the fifth, but SAR responded with three runs on RBI singles from Bowden and Godwin and a sacrifice bunt RBI from Samantha Wojnar. With two innings still to play, the Lady Raiders were back in the game, trailing 6-4.

However, the Lady Valiants closed the door in the top of the seventh by scoring three runs on two hits and taking advantage of an error, a walk and a wild pitch.

In the bottom of the seventh, Anders was able to retire the SAR hitters in order to seal the victory for VS.

The Lady Valiants, who had a total of nine hits in the contest, were led by Madison Waters. Waters went 3 for 5 at the plate with a double, two singles, an RBI and three runs scored.