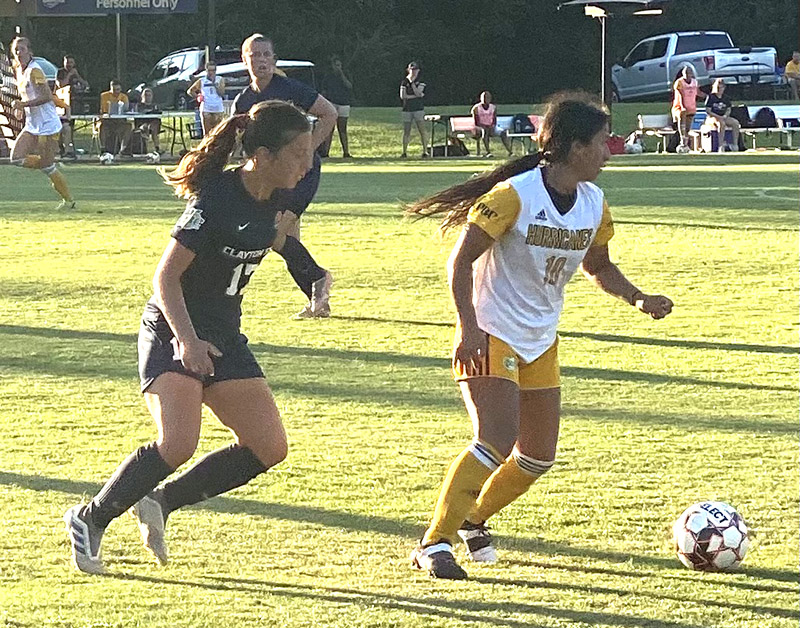 AMERICUS – The Georgia Southwestern State University women’s soccer team fell to Clayton State University by the score of 3-1 Saturday evening, October 9 at Hurricane Field. The game was a back-and-forth affair between both teams until the latter end of the match, when the Lady Lakers netted goals in the 78th and 88th minutes to earn their 3-1 victory. 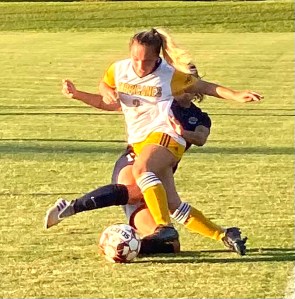 GSW sophomore midfielder Mia Valezco (#2) fights for control of the ball against a Clayton State defender.
Photo by Ken Gustafson

The Lady Hurricanes got off to a great start in the first half when GSW freshman defender Lauren Ford scored in the 14th minute. However, the Lady Lakers tied the match at 1-1 on a goal by Reia Henry in the 36th minute. Then in the 78th minute, CSU took the lead on Henry’s second goal of the match and added to its lead on a goal from Valeria Gasca in the 88th minute of play.

Though they tried, the Lady Hurricanes could not find a way back into the match and went on to lose to CSU 3-1.

With the loss, GSW falls to 6-5 overall and is now 1-4 in the Peach Belt Conference (PBC). The Lady Hurricanes will try to get back on track on Saturday, October 16, wen they host USC Aiken in another PBC match on Senior Night. Kickoff is scheduled for 5 p.m.