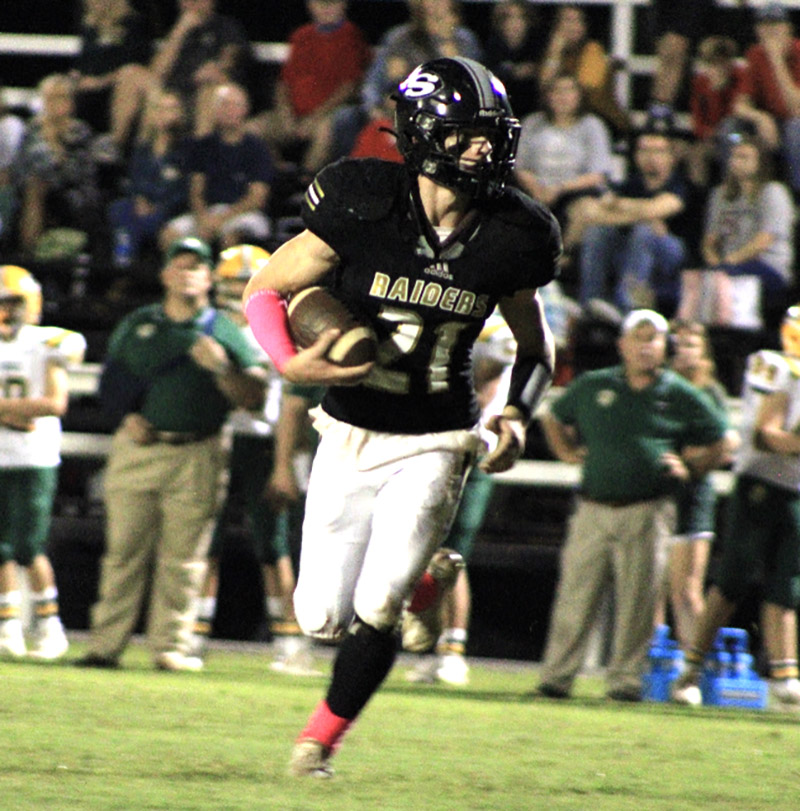 Southland Academy Senior Running Back Hudson Collins rushed for 93 yards on 16 carries and scored a touchdown in the Raiders’ 14-13 win over Gatewood. Photo by Kayla Hudgins

AMERICUS – The Southland Academy Varsity Football Team (SAR) extended its winning streak to three games when the Raiders edged out the Gatewood Gators 14-13 on Friday, October 9 at Harvey Simpson Stadium. 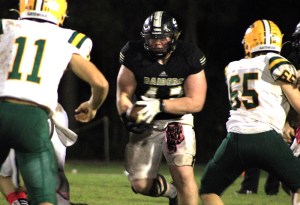 Southland Academy Senior Fullback John Saye rushed for 19 yards on five carries and scored a touchdown to help lead the Raiders to a 14-13 victory over Gatewood.
Photo by Kayla Hudgins

In total, the Raiders gained 139 yards of total offense, with 103 of those yards coming from the running game. SAR Quarterback Chase Ledger completed two of six passes for a total of 35 yards.

With the win, the Raiders improve their overall record to 4-3 on the season and will step into GISA Region 3-AAA competition on Friday, October 15, when they travel down to Valdosta to take on the 2-5 Valiants of Valwood. Kickoff is scheduled for 7:30 p.m.

Panthers suffer another difficult Region 2-AAA defeat on the…