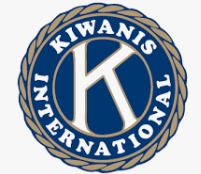 Kiwanians enjoy being educated voters. It is not unusual for them to host candidates to hear more about how the candidate envisions their chosen position functioning. Friday, October 8, 2021, proved to be a productive day in hearing from mayoral candidates, Marcell Baker and Lee Kinnamon. Javarise Terry, a third candidate, was not present.

Marcell opened the forum by thanking the club for their service. He mentioned a lady who he had assisted on the side of the road with a shredded tire. He said through his assistance he made a friend out of this lady. His new friend thought the story captured his personality well and encouraged him to share it with the club, so he offered the story in written form to the club members. Marcell reports he was under the impression Americus “didn’t have much coming.” However, he has rethought this since the Sumter County Payroll Development Authority announced the nation’s largest solar panel manufacturer would be housed in Sumter County. He reports he has been working with departments and realizes “Americus has been working behind the scenes with the jobs coming, which is a great opportunity.” Marcell sees “bridging the gap in communication” to be a very important need for the city. He reports, “we have some major issues that have been brought to me by the community. I know that I am the person to be able to bridge the gap.” Marcell let the Kiwanians know he is “veteran, a team builder, and I am a good leader.” He sees there being a need to “bridge the gap” between the elected and the citizens, between the city and the county and between each other. “We can do so much in Americus; this is a nice place. It’s nice to visit but even better to live here.” Marcell likened Americus to a cruise ship. He mentioned the fact the ship can not move until the anchor is pulled up.  He further stated, “I am asking to be your next mayor to bridge the gap of communication.” On the upcoming event of Faith and Blue at the courthouse during the weekend he feels “we need more of that, prayer for our citizens.” He asked for the vote and help spreading the word. Marcell then took a seat until his second opportunity to address the club. Marcell opened the forum by thanking the club for their service.

Lee Kinnamon was introduced with a bio submitted to the club. He also opened with an expression of gratitude to both the club as well as the other mayoral candidates. He wanted to couch his statements within the context of the new business being announced. “In addition to these encouraging developments we have other companies located here, because of the efforts of Rusty Warner, who is the Executive Director of the Sumter Development Authority and Mr. Paul Hall, who chairs that authority, who have done a very commendable job of developing a good environment on reaching out and recruiting these businesses to our community.” He mentioned several companies who have announced their coming to Sumter County. “We can feel good about that, and we should.” However, Lee mentioned there is ongoing need to ensure the company is retained within the county. “That becomes our responsibility.” He then mentioned it is not only the governing boards responsibility, but also the citizens’ responsibility as well. He addressed what he and the experts in economic development consider to be pivotal to continued success. Lee sees functioning and reliable infrastructure, as requiring “close attention by leadership.” He questions if we are a business-friendly environment. He expresses he believes so, but the governments need to run effectively. “Work force is a major piece of this puzzle.” He reports in discussion with Rusty Warner, work force development became a highlighted issue as a healthy workforce is needed. Lee remarked on the partners which could help make this need come to fruition. “It is imperative we pay attention to this.” Another element Lee sees as important is “the overall quality of life in our community.” Lee mentions the need to acknowledge the blight in our community and related how important such issues could affect industry coming to town. Lee mentioned Code Enforcement as being important in addressing these issues. With this, Lee took a seat until his second appearance.

Baker took the podium again and gave more biographical information. Marcell mentions budget cuts, “but our problem is deeper than just a financial segment of Americus, Georgia. It’s time to do some soul searching.” He mentions hearing names in the community and “its not a good look.” Then he addresses the club directly and states, “I don’t have a relationship with none of you guys, this is the first time meeting you, so we can start off with a clean slate.” He promised transparency. He reiterates the need to bridge the gap. He also mentions a high crime rate and wanting to get the rate down. Marcell once again expresses his excitement over the new industry announcement and states, “Americus should be the flagship of all the surrounding counties…. we can make it happen here, just give me a chance.”

Kinnamon then finished his portion by explaining some facts about the way the mayor and city council works. The mayor is not absolved of the responsibility of being the CEO of the city despite having a city manager. He then read what the mayor is tasked with and stated it demands the mayor look at the community with a “large lens.” Lee states a goal is increasing community engagement and transparency. To accomplish this goal Lee would establish a “Mayor’s Advisory Council” made up of people representative of all the neighborhoods of the community.  Lee states that inclusivity is important to future industry. He mentions the “gap” Marcell speaks of is not only related to race, but also “generational” in nature. He wants to engage those who will make leaders in the future. “If we don’t have an excellent pipeline for future leaders, we will begin to decline as a community. That pipeline needs to included people from all walks of life.” Kinnamon then mentions the work he has done on behalf of the community, making his network broad. He also believes he can help bridge gaps and be a good ambassador for the city.

Early voting begins 10/12 –10/29 at Griffin Bell Conference Center on Lee Street. There will be Saturday voting on the 16th and 23rd, with election day being on November 2, 2021. To determine where to vote or to make changes to your registration, please visit mvp.sos.ga.gov.