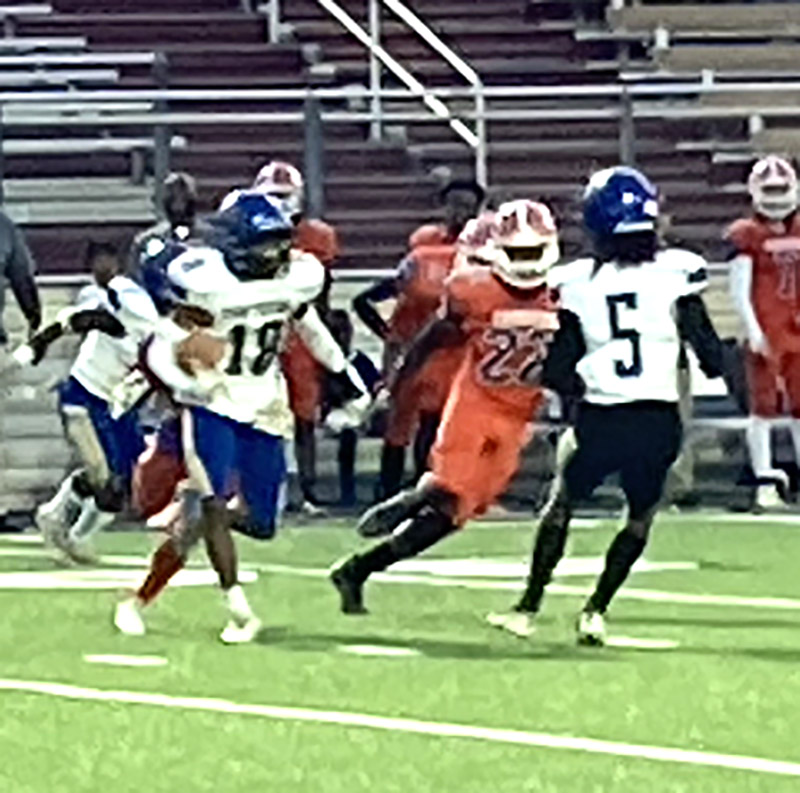 MACON – The Sumter County High School Football Team (SCHS) fought to the very end and very nearly left Macon with its first victory of the season. However, with the score tied at 14-14 with less than a minute to play in the third quarter, Central-Macon (CM) Quarterback Jha’rius Evans threw a touchdown pass to Jaylen Simmons to give the Chargers the lead. The extra point was good and the Panthers found themselves trailing 21-14 with still a quarter to play. Unfortunately for SCHS, they were not able to respond and went on to lose to the Chargers 21-14 on Thursday, October 14 at Ed Defore Stadium in Macon.

With the loss, the Panthers are now 0-6 on the season.

However, the Panthers found a way to respond. On the ensuing kickoff, running back Jarod Lewis ran the kickoff all the way back for an SCHS touchdown. The point after was good and the Panthers were back in the game, trailing 14-7 at the half.

With 5:40 to go in the third quarter, the Panthers were able to tie the game when Cameron Evans found Kadarrius King for a 20-yard touchdown reception. The point after was good and the score was tied at 14-14. 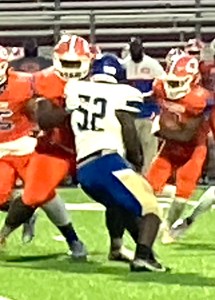 However, with just 46 seconds remaining in the third quarter, the Chargers went ahead for good when Jha’rius Evans threw another touchdown pass to Simmons. The Panthers were not able to respond in the fourth quarter and went on to lose to CM 21-14.

SCHS will try once again to earn its first win of the season when the Panthers travel across the Flint River to take on the Crisp County Cougars (4-3, 4-0 Region 2-AAA) in the annual “Battle of the Flint” on Friday, October 22. Kickoff is scheduled for 7:30 p.m.