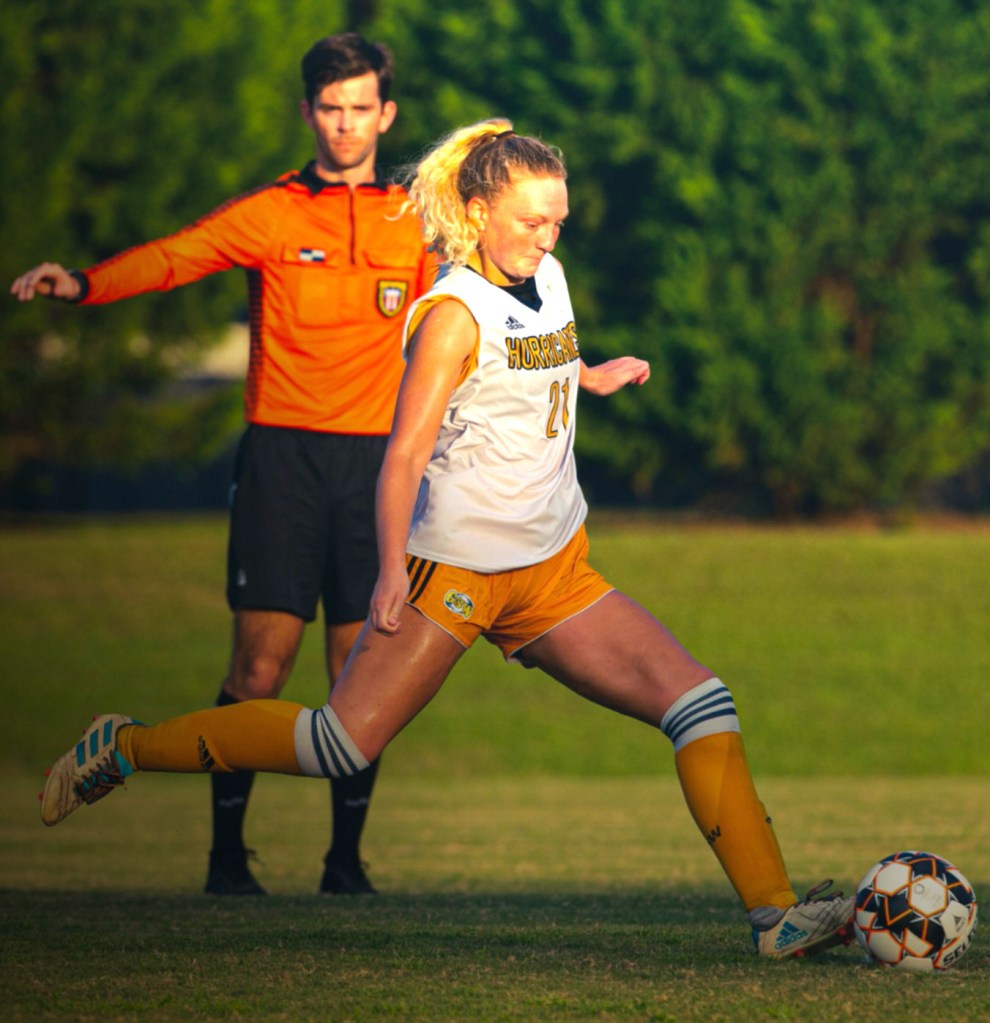 The GSW Women’s Soccer Team earned a sweep of Albany State when the Lady Hurricanes defeated ASU 2-0 on Wednesday, October 20, at ASU. Photo by Christopher Finn

ALBANY — The Georgia Southwestern women’s soccer team defeated the Albany State University Rams 2-0 on Wednesday night, October 20, at ASU. The Hurricanes defeated the Lady Rams earlier this year in the “Under the Lights” game to start the season.

The Lady Hurricanes dominated the game throughout with nine shots on goal to ASU’s one. GSW managed to find the net twice and keep the ball on the ASU side for the majority of the contest. The two goals were scored by Geraldine Alvarez in the 20th minute and Natalie Martinez in the 60th minute, their first and third goals of the season respectively.

The win tied this year’s team for the most conference wins in a season all-time and it gives the Lady Hurricanes seven points in the Peach Belt Conference (PBC) standings, the most in program history.

The Lady Hurricanes will continue their season when they travel up to Columbus on Saturday, October 23, to take one of the best NCAA Division II teams in the country: the #2-ranked Lady Cougars of Columbus State. Kickoff is scheduled for 1 p.m.