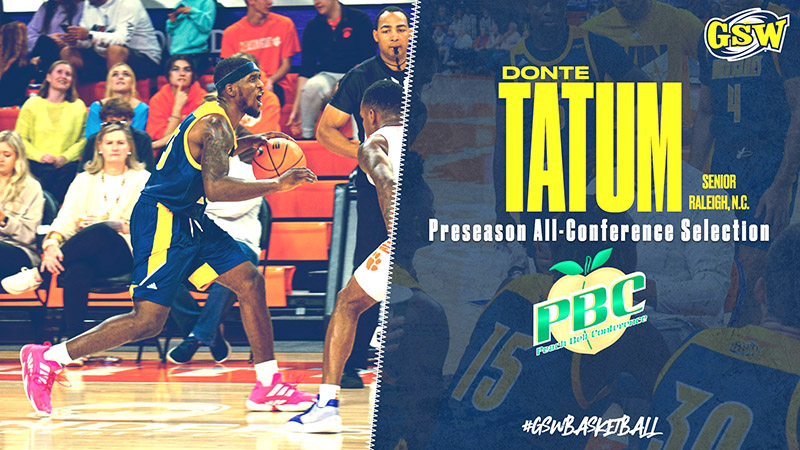 The Peach Belt Conference made the announcement on Thursday, November 4, that GSW senior guard Donte Tatum has been named to the Preseason All-Conference Team. Submitted Photo

An All-Peach Belt Conference first-team selection last year, Tatum started all 17 games and led the Hurricanes with 18.4 points per game. He was second on the team with 6.1 rebounds per game while averaging 2.0 assists and 1.3 steals per game. Tatum finished the season with nine 20-plus scoring games and a team-high four double-doubles. He turned in his best scoring night of the season with 27 points in the NCAA tournament against Lee University. He finished the season fifth in the PBC with 18.2 points per game and sixth with a 55.7 field goal average.

In the Hurricanes’ last two exhibitions against Div-I Clemson and Jacksonville State, Dante shot 4-7 from three and led the team with 18 points against the Gamecocks.