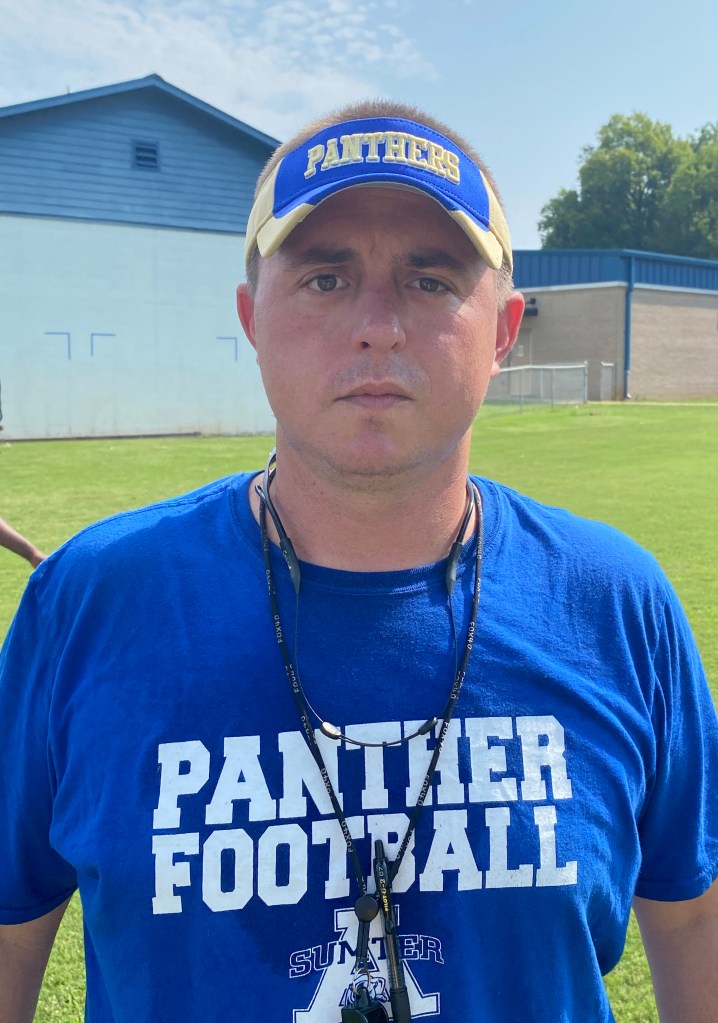 Sumter County High School Head Football Coach Ross Couch has decided to resign that position. Couch made the decision to submit his resignation after the Panthers' 21-14 loss at Central (Macon) on Thursday, October 14. ATR Archive

AMERICUS – After three seasons at the helm of the Panthers, Sumter County High School Head Football Coach Ross Couch has decided to resign from that position.

Couch told the Americus Times-Recorder that he submitted his resignation after the Panthers’ 21-14 loss to Central (Macon), which took place on Thursday, October 14.

“I came to Sumter County in 2019 and was tasked with rebuilding the football program for Americus-Sumter (now Sumter County) High School. Over the past three seasons, I gave everything I had in an effort to accomplish that goal,” Couch said in a prepared statement. “Unfortunately, we had more lows than we had highs over the time period and it has become obvious to me that I am not the person this program needs to continue the rebuilding process. I am grateful for the opportunity I was given to lead the Panthers and I appreciate everyone who supported our program and players over the last three seasons. Good luck to these young men in their future endeavors.”

In Couch’s first year as head coach in 2019, he guided the Panthers to a 6-6 overall record and a berth into the GHSA Class AAAA State Playoffs. As the #4 seed out of Region 2-AAAA, the Panthers defeated #1-seeded Burke County out of Region 3-AAAA by the score of 13-6 in the first round of the state playoffs before losing to Sandy Creek 56-7 in the second round.

In 2020, like all other high school football programs around the country, Sumter County had to navigate through the challenges brought on by the COVID-19 Pandemic. This made for a difficult year, as the Panthers finished 1-8 overall and 1-6 in the Region 2-AAA standings. Sumter County’s lone win that year was a 22-18 victory at Pike County on Friday, November 13, 2020.

Due to ongoing issues with the pandemic, among other things, this past season has also turned out to be a difficult one for the Panthers. Sumter County once again finished with an overall record of 1-8 and finished 1-6 in the Region 2-AAA standings. As was the case in 2020, their lone win this year came in a high-scoring 48-35 home victory over Pike County on Friday, October 29. Couch’s final game as the Panthers’ head coach was on Friday, November 5, when Sumter County lost to Mary Persons at home by the score of 28-26.

Couch told the Americus Times-Recorder that he plans to finish out his contract, which runs through June of 2022, before moving on to other opportunities.