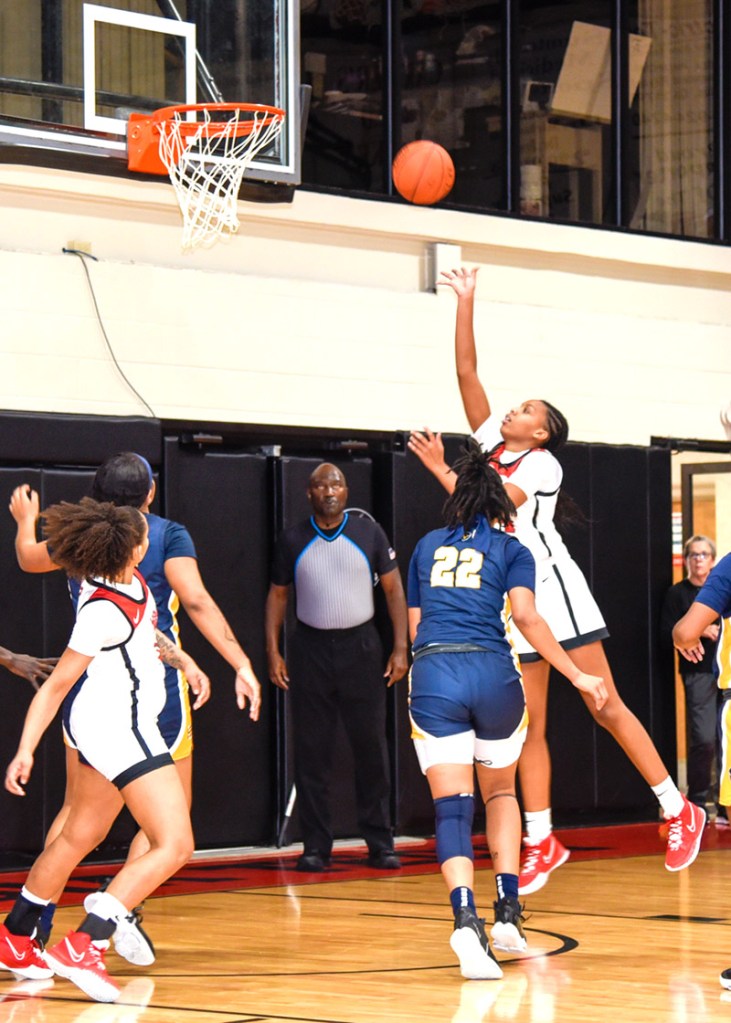 Camryn James of the SGTC Lady Jets goes up for a basket against Southern Union. Photo by Pat Peacock

AMERICUS – The South Georgia Technical College (SGTC) Jets and Lady Jets basketball teams recently swept doubleheaders on consecutive days to remain undefeated to start their respective seasons. The action took place in the James S. Peters Gymnasium (aka The Hangar) on the SGTC campus in Americus.

In the opening game on Friday, November 5, the Jets dominated the Franklin Prep Academy Cardinals of Clemson, SC by a final score of 142-65. Marvin McGhee led the way for the Jets with 34 points. Will Johnston was also in double figures with 19 points, while Kallin Fonseca and Matija Milivojevic each contributed 18 points.

The Lady Jets also dominated the second game of the evening by a score of 95-34 over the Panthers of Denmark Technical College in Denmark, SC. Camryn James set the pace for the Lady Jets with 16 points, and Kamya Hollingshed added 12. Maikya Simmons and Fanta Gassama also finished in double figures with 10 points each. 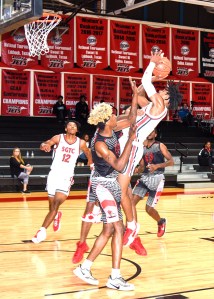 SGTC’s Marvin McGhee gets off a contested shot in the Jets’ victory of New Rock Prep.
Photo by Pat Peacock

The following day, the Jets once again reached triple digits in a 100-56 victory over the New Rock prep Wolverines from Covington, GA. This time, Will Johnston led the scoring with 20 points, followed closely by Marvin McGhee with 19 points and Justice Hayes with 18.

The Lady Jets once again finished off the doubleheader with a resounding win over the Lady Bison of Southern Union State Community College in Wadley, AL by a final score of 71-41. Cintia Lopez scored 15 points to lead the Lady Jets, while Fanta Gassama also finished in double digits with 10 points.

Hurricanes fall to Flagler in conference tournament, but cap…