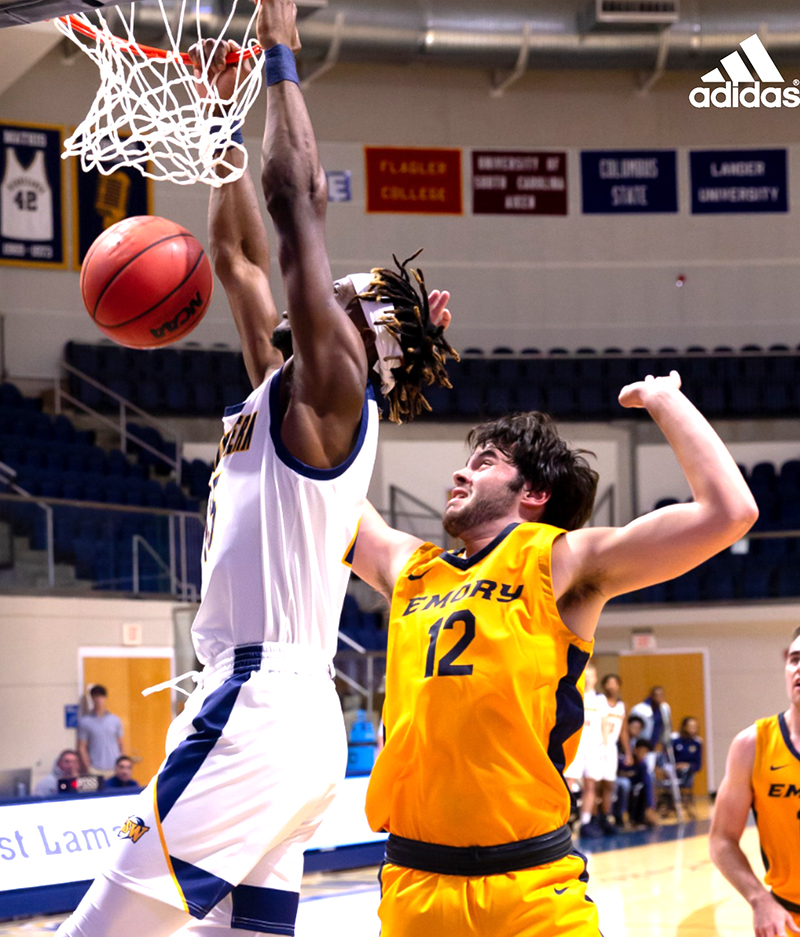 The GSW Men’s Basketball Team went through a tough, hard-fought battle with Emory University, but came away with a 101-99 victory over the Eagles in the Hurricanes’ final exhibition game on Saturday, November 6, at the Storm Dome. Photo by Christopher Finn

AMERICUS – The Georgia Southwestern men’s basketball team defeated the Emory University Eagles 101-99 in their final exhibition of the season Saturday evening, November 6, at the Storm Dome.

The Hurricanes started slowly letting the Eagles get out to a 22-6 lead in the first eight minutes of the game. The Hurricanes kept battling and kept the deficit down to twelve and eventually made it just a five-point game at halftime.

The second half was very back and forth as both teams traded baskets and neither team went on massive runs as they did in the first half.

Both teams lived behind the three-point line both shooting over 42% from three. The game’s biggest moment happened on the free throw line however, with Emory at the line with five seconds left, down by one the Eagles missed the game-tying free throw allowing Georgia Southwestern to get to the line and finish the game with a two-point victory.

Brady Rankin led the team with 23 points shooting 4-7 from three. Kevin Kone had 22 points for the game collecting 13 rebounds in the process.

The Hurricanes will officially begin their season at home against Albany State on Wednesday, Nov. 17, at 7:30 p.m.