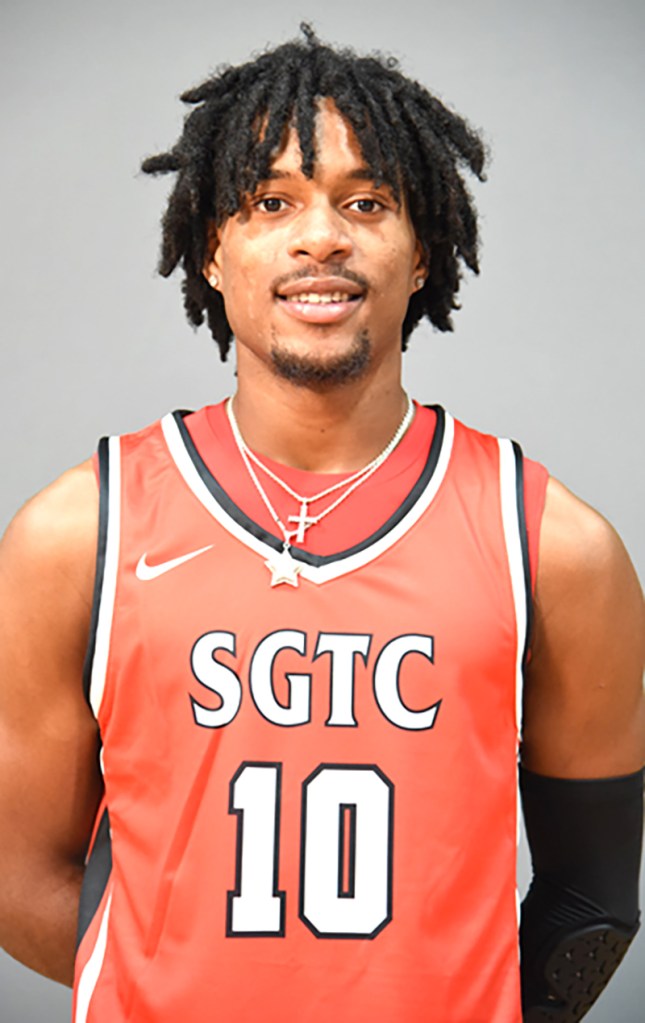 Marvin McGhee, III, (#10) was the top scorer for the Jets in their 84-71 win over Bevill State Community College in Tuscaloosa, AL with 25 points. Photo by Su Ann Bird

TUSCALOOSA, AL – The South Georgia Technical College Jets took an 84 – 71 victory over Bevill Community College in the Shelton State Veterans Day Classic in Tuscaloosa, AL, Wednesday night to move to 3 – 0 for the 2021 – 2022 season.

New Jets head coach Chris Ballauer and assistant coach Jaren Harris were both excited about the victory on the road over the Bears, but they realize they will have to play a lot better against Shelton State to walk off with a victory.

The Jets jumped out to a 46 – 26 lead over Bevill Community College at the end of the first half, but the Bears made a strong comeback in the second half to cut that lead to 13 points at the final buzzer.

Sophomore guard Marvin McGhee, III, from Atlanta, GA, led the Jets on offense with a total of 25 points.  He had 11 in the first half.  He was followed by sophomore point guard Will Johnston from Sydney, Australia, who tossed in 15 points.  Sophomore guard Justice Hayes from Cartersville, GA; and Matija Milivojevic, a sophomore from Belgrade, Serbia, closed out the double-digit scoring with 11 points each.

“We know that Shelton State has a great program and they are off to a good start with the 7th place national ranking.  East Georgia did a good job against them last night.   Shelton State also defeated Gordon State College 66 – 44 and Motlow State Community College 86 – 77 earlier in the season.  We will have to play hard to beat them on their home court,” said Coach Ballauer.