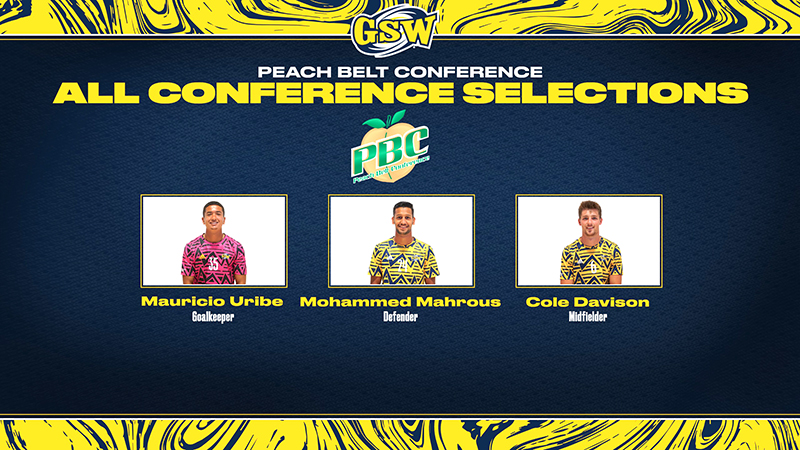 GSW goalkeeper Mauricio Uribe, center back Mohammed Mahrous and center midfielder and center back Cole Davison were named to the Peach Belt Conference All Conference Team for their performances on the pitch during the 2021 season. Photo by GSW

AMERICUS – The Georgia Southwestern State University Men’s Soccer Team had three players chosen for the Peach Belt Conference (PBC) All-Conference team. The announcement was made Thursday morning, November 11. This is the first time in the program’s history that more than one player from the team was chosen in the same season.

Davison was third on the team in points as a midfielder and was the veteran leader of a young group of midfielders. Mahrous, a defender, led the defense in allowing the fewest goals per game this season, while also scoring two goals.

Uribe was one of the two goalkeepers chosen this season for the PBC All Conference Team. Uribe made 45 saves with two shutouts, while having the lowest goals per game average in school history.

The All-Conference team is listed below, as selected by the league’s head coaches. Coaches were not permitted to vote for their own players.