Wildcats roll ACE Charter in first round of state playoffs 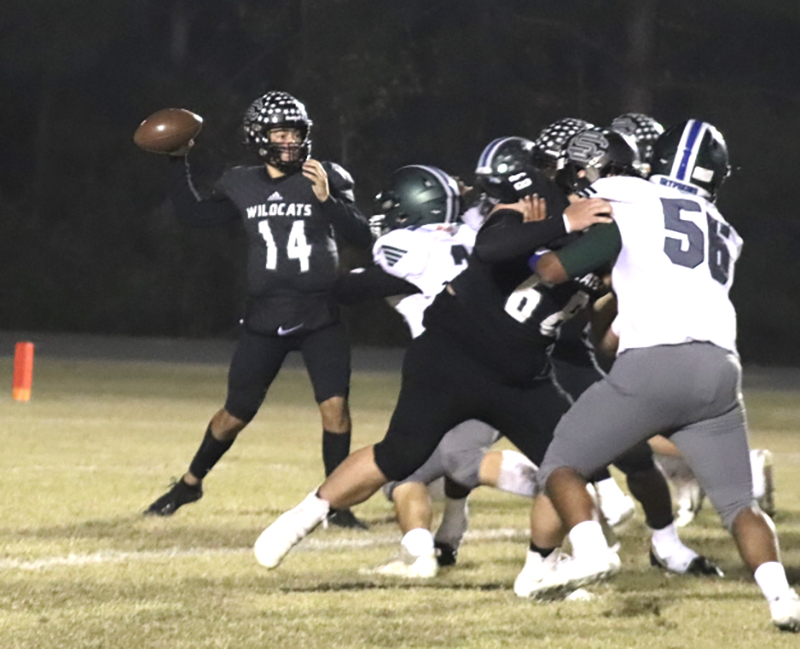 ELLAVILLE – Coming into their first round state playoff game against the Academy of Classical Education (ACE Charter), the Schley County Wildcats (SCHS) have been dominating most of their opponents with a quick-strike, big play offense and a stout, tenacious defense. This style of play held true to form on Saturday, November 13, when the Wildcats crushed the Gryphons 50-10 in the first round of the Georgia High School Association (GHSA) Class A-Public State Playoffs at Wildcat Stadium.

“I was proud of the boys for the way they played tonight,” SCHS Head Coach Darren Alford said. “This is one of those games where you’re supposed to win the game, but as a coach, you’re always concerned about how your kids are going to respond, how they’re going to play in the first round of the playoffs. Our kids did a really good job responding. I thought our coaches did a great job on the offensive side of the ball and getting the kids ready this week. We had a lot of things we felt like we could do and we did it. Defensively, once again, they played hard the entire night. Other than a couple of trick plays that got some yards, I think our defense played very good. Our special teams was awesome tonight too. I though that was an outstanding part of our game.”

SCHS quarterback Jay Kanazawa didn’t complete a whole lot of passes in this game, but the ones he did complete resulted in big plays and points on the scoreboard for SCHS. Kanazawa went 7 for 10 for 269 yards and four touchdowns in leading the Wildcats to victory. SCHS also had a solid ground game, as running back Zayden Walker rushed for 87 yards on six carries, rushed for one touchdown and caught another.

In addition to his four passing touchdowns, Kanazawa scored one on the ground as well and rushed for 66 yards on six carries. SCHS running back Matthew Nguyen also made an impact in this game. Nguyen rushed for 49 yards on five carries and scored a rushing touchdown.

As far as the SCHS receiving corps was concerned, four different receivers caught touchdown passes in this game. Carson Westbrook, who caught an 80-yard touchdown pass in the first quarter, caught the longest touchdown pass of the game. 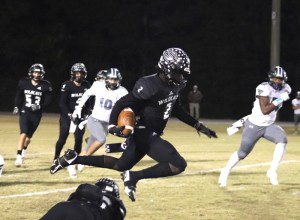 While the offense did its part, the play of the SCHS defense made it possible for the offense to flourish in this game. The Wildcats forced two turnovers on the night, as Quentin Edwards recovered a fumble and Luke Forehand recorded an interception.

The Wildcats won the toss and elected to receive. They wasted no time in putting their stamp on this game when wide receiver JaLews Solomon ran the opening kickoff return 50 yards into ACE territory. Kanazawa would throw an interception shortly thereafter, but SCHS would get the ball right back, as the Wildcat defense forced a fumble and Quentin Edwards recovered the ball deep in ACE territory. A few plays later, Walker scored his first rushing touchdown of the night from 10 yards out. SCHS decided to go for two instead of kicking the extra point and Sidney Blackwell ran the ball into the end zone, converting the two-point try and giving the Wildcats an early 8-0 lead with 10:59 to go in the first quarter. 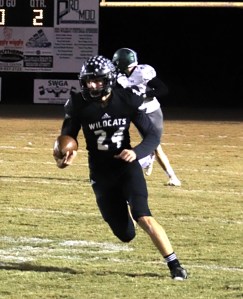 Schley County running back Sam Forehand (#24) rushed for 42 yards on seven carries in the Wildcats’ victory.
Photo by Kaia McLennan

The Gryphons responded with a drive of their own that ended up near the SCHS 10-yard line, but the SCHS defense bowed up and ACE kicker Jake Prather kicked a 28-yard field goal on fourth down to make the score 8-3 Wildcats with 7:12 left in the first quarter.

The SCHS offense went to work and struck back with a big play when Kanazawa threw an 80-yard touchdown pass to Carson Westbrook. The extra point by Javier Lopez was good and the Wildcats had a 15-3 lead with seven minutes left in the first quarter. 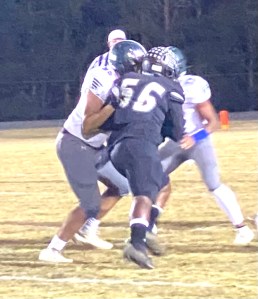 Schley County defensive end Quentin Edwards (#56) tries to shed his blocker. Edwards recovered a fumble, had one sack for a nine-yard loss and had two tackles on the night.
Photo by Ken Gustafson

SCHS very nearly had another touchdown shortly there after when wide receiver Kendall Sims caught a pass, broke through the ACE secondary and scampered towards the end zone, but just before he crossed the goal line, Sims lost control of the ball and it went out of the end zone for a touchback.

However, the SCHS defense would hold the Gryphons on their next possession. Once the offense got the ball back, the Wildcats wasted no time in scoring on another big play when Kanazawa threw a short pass to Solomon, who took it 64 yards to the house for another SCHS touchdown. Lopez’s extra point was good and SCHS led 22-3 with 3:30 to go in the first quarter. 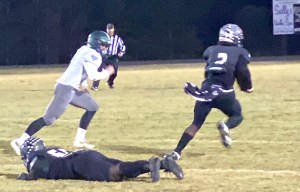 JaLewis Solomon (#2) catches a pass and blows by an ACE defender for a 64-yard touchdown.
Photo by Ken Gustafson

The Wildcat defense continued to wreak havoc on the ACE offense, as the Gryphons could hardly get anything going on that side of the ball. The SCHS offense took advantage of that by continuing to move the football and scoring on big plays. With 11:53 to go before halftime, Kanazawa completed a 25-yard touchdown pass to Walker. The extra point by Lopez was good and the Wildcats led 29-3.

The Gryphons were finally able to get some offensive productivity on their next possession. With 11:44 to go before halftime, ACE quarterback Tate Brown connected with Cameron Bullington for a 55-yard touchdown. Prather’s extra point was good and the score was 29-10 SCHS.

However, the Wildcats were far from done on offense. They scored three unanswered touchdowns to close out the first half. Kanazawa completed a touchdown pass to Clinton Jackson with 10:19 to go before halftime and running back Matthew Nguyen finished off a successful SCHS drive with a rushing touchdown from eight yards out. Then with 26 seconds left before the half, Kanazawa capped off a dominating first half performance by the Wildcats when he scored from 14 yards out on a quarterback keeper. By the time halftime arrived, SCHS had a 50-10 lead over the Gryphons. 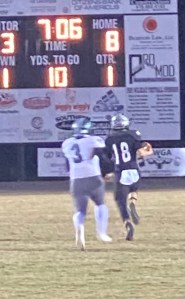 ACE got the ball to start the second half, but once again, the Wildcat defense held the Gryphons on offense and they were forced to punt. On the first SCHS possession of the second half, the Wildcats kept the ball on the ground by using a slow and methodical ball-control offense. Being that the game was now being played with a running clock because of the Wildcats’ big lead, by the time the Gryphons got the ball back on an SCHS punt, there were only four minutes left in the third quarter.

ACE once again struggled on offense and the Gryphons were forced to pun the ball away to SCHS. At the beginning of the fourth quarter, the Wildcats had the ball at the ACE 31-yard line. On third down and six from the ACE 31, Kanazawa completed a pass for first down yardage and the ball was at the ACE 25-yard line. A few plays later on fourth and 11, Kanazawa’s pass fell incomplete and the ball was turned over on downs to ACE, but it was academic at that point, as the Wildcats would advance to the second round of the state playoffs with a 50-10 shellacking of the Gryphons.  With the loss, ACE Charter ends its season with a record of 4-5.

SCHS (10-1) will travel to Metter, GA on Friday, November 19, to take on the 11-0 Metter Tigers in the second round of the GHSA Class A-Public State Playoffs. The Tigers defeated Seminole County 42-14 in their first round match up. 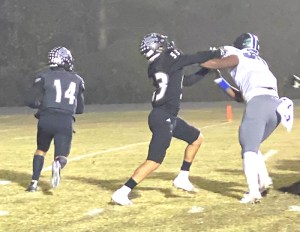 “They’ve got a good football team. They run the Wing T. They’re fast on defense. They’ve got a lot of good players,” Alford said. “They’ve been here before. We’re getting back to the playoffs this year, but they’ve been in it before so it’s nothing new for them. We’re going to have our best week. I think that if we have a good practice and do what we’re supposed to do, I think we can play with them.”

Kickoff from Metter High School is scheduled for Friday at 7:30 p.m.