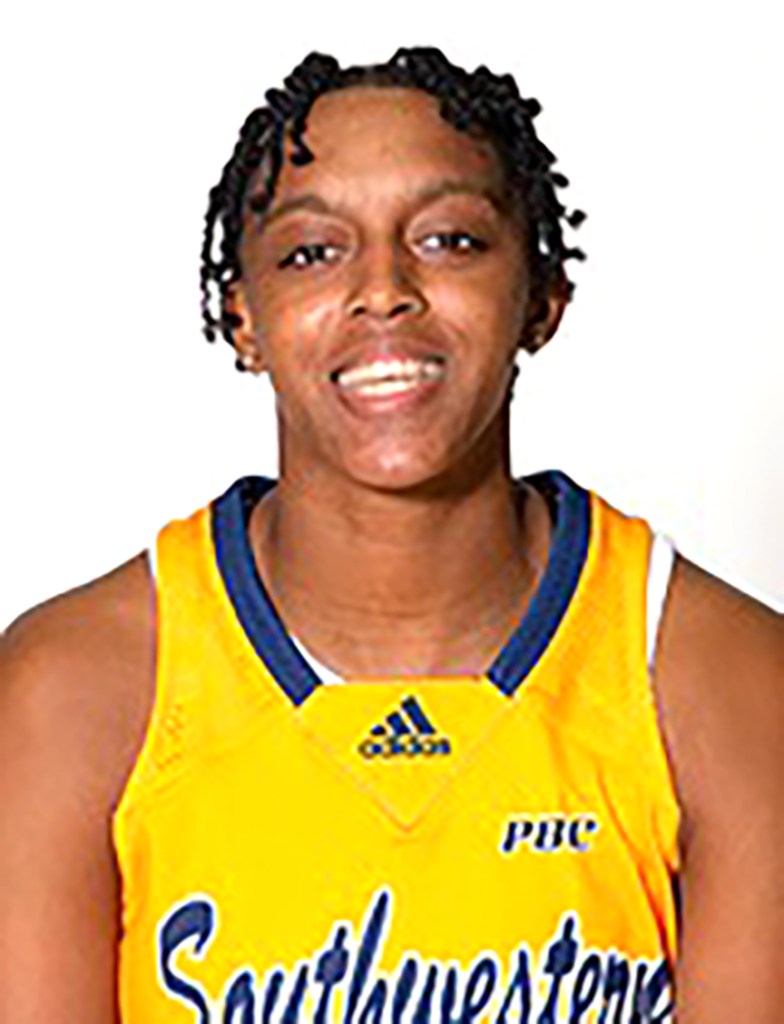 GSW senior guard Ava Jones led the Lady Hurricanes in scoring with 13 points in their 71-53 victory over Newberry College in their second game of the SAC vs PBC Conference Challenge. Photo by Christopher Finn

This victory took place on the heels of the Lady Hurricanes’ 81-54 victory over Mars Hill University to open the season in their first game of the SAC vs PBC Conference Challenge on Friday, November 12.

The Lady Hurricanes were carried by a dominating first-half performance that the Lady Wolves couldn’t overcome.  GSW split up the scoring in the first half, as eight different players scored. The Lady Hurricanes also got the job done on the defensive end, as they forced NC into committing 13 turnovers.

The second half was more of a slugfest, as GSW outscored the Lady Wolves by just two points in the third quarter and were outscored by one in the second half. The Lady Hurricanes were spread out scoring-wise, as four different players scored in double figures. Ava Jones led GSW in scoring with 13 points.  Lex Chatman had 12 and both Jolicia Williams and Alyssa Nieves chipped in 10 points in the winning cause.

However, defensively is where the Lady Canes shined, as they tallied 11 steals and forced 23 turnovers overall.

In their 81-54 victory over Mars Hill University (MHU) to open the season on Friday, November 12, the Lady Hurricanes we’re led in scoring by De’Ja Marshall with 13 points, while Zanah Boyd was also in double figures with 10.  Both Marshall and Boyd posted double-digit numbers in rebounding as well against MHU.  Boyd led GSW in rebounding with 14 boards and Marshall had 11.

The Lady Hurricanes (2-0) will look to defend their home court tonight against Middle Georgia State at 7 p.m. in the Storm Dome. Then on Saturday, November 20, GSW will make the trip down US Highway 19 to Albany to take on the Lady Rams of Albany State. Tip-off for that game is scheduled for 2 p.m.