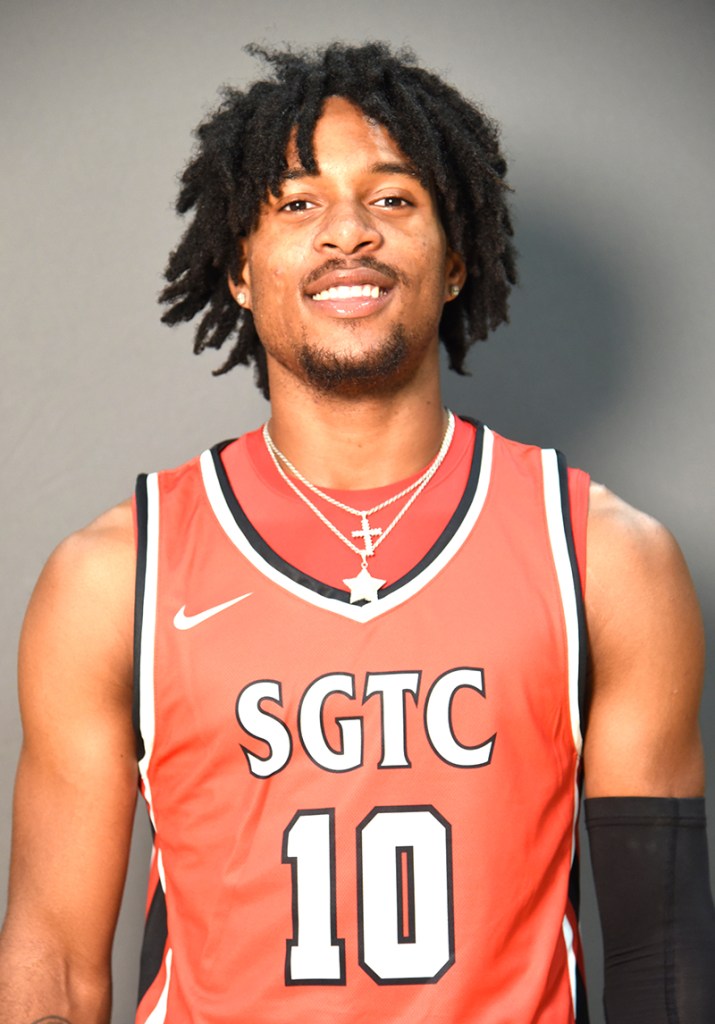 AMERICUS – South Georgia Technical College (SGTC) Jets sophomore guard Marvin McGhee, III was selected as the Georgia Collegiate Athletic Association (GCAA) Men’s Basketball Player of the Week for Division I.  This was the first GCAA Player of the Week selection for the 2021 – 2022 season.

A native of Atlanta, McGhee has helped lead the Jets to a 5 – 0 start this season and a 21st National Junior College Athletic Association (NJCAA) ranking.  This is the Jets’ first national ranking since the 2013 – 2014 season, when former head coach Steven Wright led the Jets to the NJCAA National Tournament and finished the year 29 – 5.  The Jets were ranked as high as 4th in the nation that season and it was the first time in history that SGTC had both the Jets and the Lady Jets qualify for the national tournament in the same year.

McGhee was selected as the Men’s Player of the Week in Georgia after averaging 22.3 points, 5.3 rebounds, 2.3 assists and 2.3 steals in the Jets’ three wins last week.  He is also currently ranked 10th in the nation for averaging 24 points per game and 11th in the nation in overall points scored with 120 in five games.  McGhee is also ranked 41st in steals per game with a 2.8 average this season.

The Jets are currently ranked first in the GCAA men’s basketball standings with a 5 – 0 record.  Central Georgia Tech and South Georgia State are tied for second place with identical 4 – 0 records and Albany Tech is listed fourth with at 3 – 0 this season.  Georgia Highlands is the only other unbeaten team with a 2 – 0 record and they are followed by Andrew (4-1), Oxford (4-2), East Georgia (2-2), Gordon (2-2), and Southern Crescent (0-4).

The Jets are scheduled to play at home on Saturday, November 20, at 2 p.m. against Action Sport Academy.