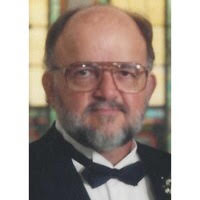 He was born in Eufaula, Alabama to the late William Lloyd Gay, Sr. and Ollymae Sanderlin Gay. Mr. Gay graduated from Clay County High School in 1959. After graduation, he served in the United States Air Force. He was a member of Salem United Methodist Church for over fifty years, serving in many capacities such as Sunday School Superintendent, Sunday School Teacher, and as a member of the Administrative Board and Finance Committee. Together with his brother, Lloyd, they owned Gay Farms for well over fifty years. He as also part owner of Fresh Farm Produce. Along with his parents, he was preceded in death by his brother, William Lloyd Gay, Jr.

Gene was an avid hunter and fisherman, and he shared that love with his grandchildren. He was a woodturner who loved making wooden bowls for his friends and family. His true talent was the gift of story-telling, which he loved to tell to anyone, especially children.

The family received friends at Hancock Funeral Home, 427 S. Lee St., on Saturday, November 20, beginning at 10:00 AM. The funeral service followed at 11:00 AM, with burial at 3:30 PM at New Park Cemetery in Fort Gaines, Georgia.