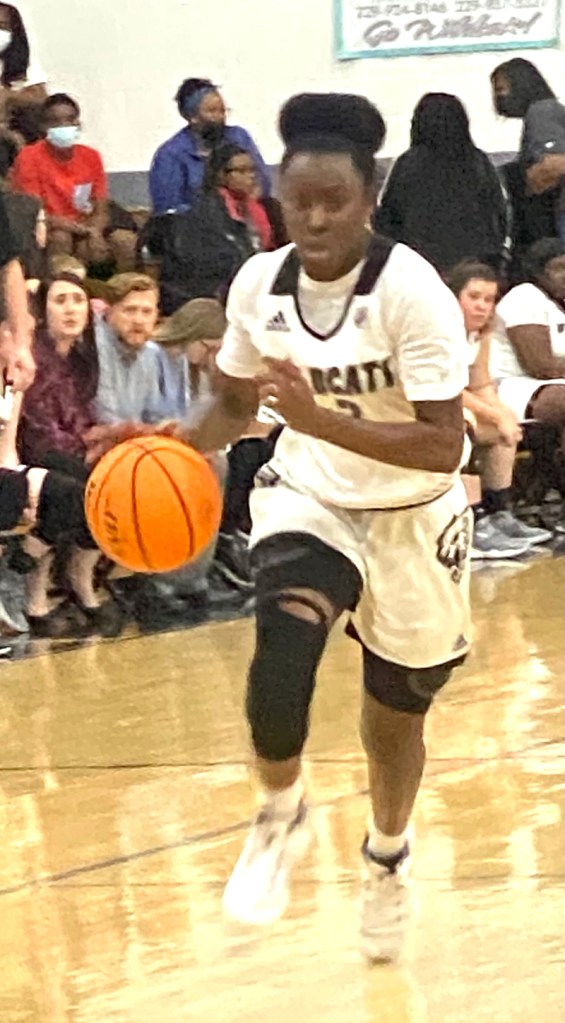 ELLAVILLE – The Schley County Varsity Girls Basketball Team (SCHS) jumped out to a 13-1 lead in the first quarter and controlled the game from that point onward to secure a 53-35 victory over Crawford County (CC) in the Lady Wildcats’ season opener on Tuesday, November 30 at Schley County High School.

The Lady Wildcats had three players score in double figures. Freshman point guard Jesstynie Scott led SCHS with 18 points, sophomore forward Daneria Thornton had 11 and sophomore guard Lily Walker chipped in 10 for the Lady Wildcats in the winning cause.

SCHS wasted no time in jumping out to a 13-1 lead in the first quarter. They took advantage of the Lady Eagles’ inability to score and used their pressure defense to create numerous transition baskets. 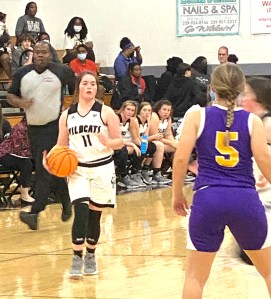 The rout continued in the second quarter when SCHS began to heat up from the outside, as Scott and Emma Walker both drilled three-pointers. By the 3:00 mark of the second quarter, the Lady Wildcats had a 27-10 lead and the Lady Eagles were still struggling to find ways to score. With less than a minute to play before halftime, SCHS guard Lily Walker drained a three-pointer to give the Lady Wildcats a 30-12 lead. The Lady Eagles would add a free throw before the half, but SCHS went into the locker room with a 30-13 lead.

Scott scored 12 of her 18 points in the first half to lead the Lady Wildcats.

Over the first two minutes of the third quarter, CC still struggled to score, while SCHS went on a 7-0 run to take a 37-13 lead. The Lady Wildcats were able to maintain their double-digit lead for the remainder of the game, but the Lady Eagles went on a 10-0 run in the fourth quarter to trim that lead down to 44-30 with a little over five minutes left in the game. 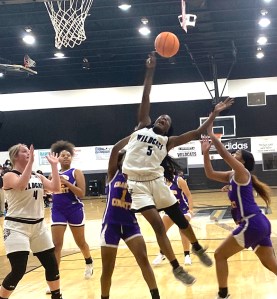 Nevertheless, that run came to a halt when Scott scored on a transition basket. It was the beginning of a 9-0 run by SCHS that effectively sealed the victory for the Lady Wildcats.

Jakayla Peeples led CC in scoring with 18 points and I’Kaila Slaughter chipped in 10 in the losing cause.

The Lady Wildcats (1-0) will try to continue their winning ways when they travel to Cusseta, GA on Friday, December 3 to take on Chattahoochee County in their first region contest of the season. Tip-off is scheduled for 6 p.m.

Sumter Cycling invites riders to ride in the Americus…