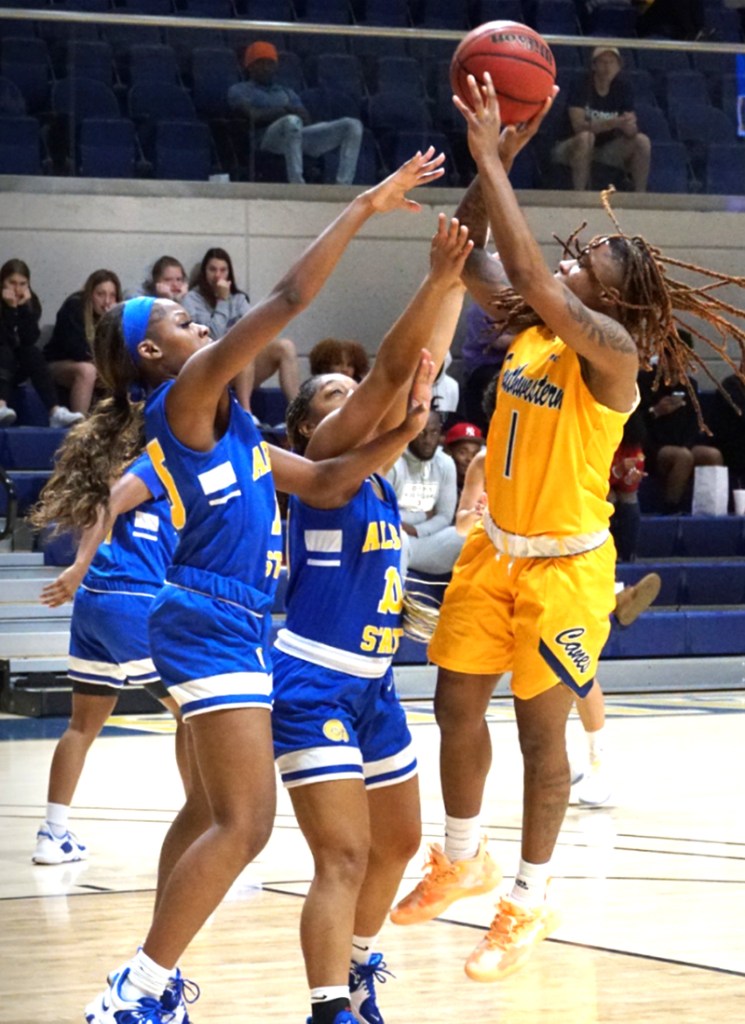 AMERICUS – The Georgia Southwestern State University Women’s Basketball Team (GSW) completed its season sweep of the Albany State Golden Rams on Saturday afternoon, December 4, with a 62-37 drubbing of ASU at the Storm Dome.

GSW defeated the Golden Rams 63-54 back on Saturday, November 20 at ASU.

The Lady Hurricanes’ key to victory was a stifling defense that gave up 37 points, which was two more than the program record for fewest allowed. The Golden Rams were held to 11.1 percent shooting from three and 28 percent overall. The Lady Hurricanes forced 23 turnovers and move to 6-1 on the season.

Jolicia Williams led GSW in scoring with 12 points and Daelyn Craig chipped in 12 in the winning cause.

The Lady Hurricanes (6-1) look to continue their hot start at home on Monday, December 13 against Brewton-Parker College at 5:30 p.m.