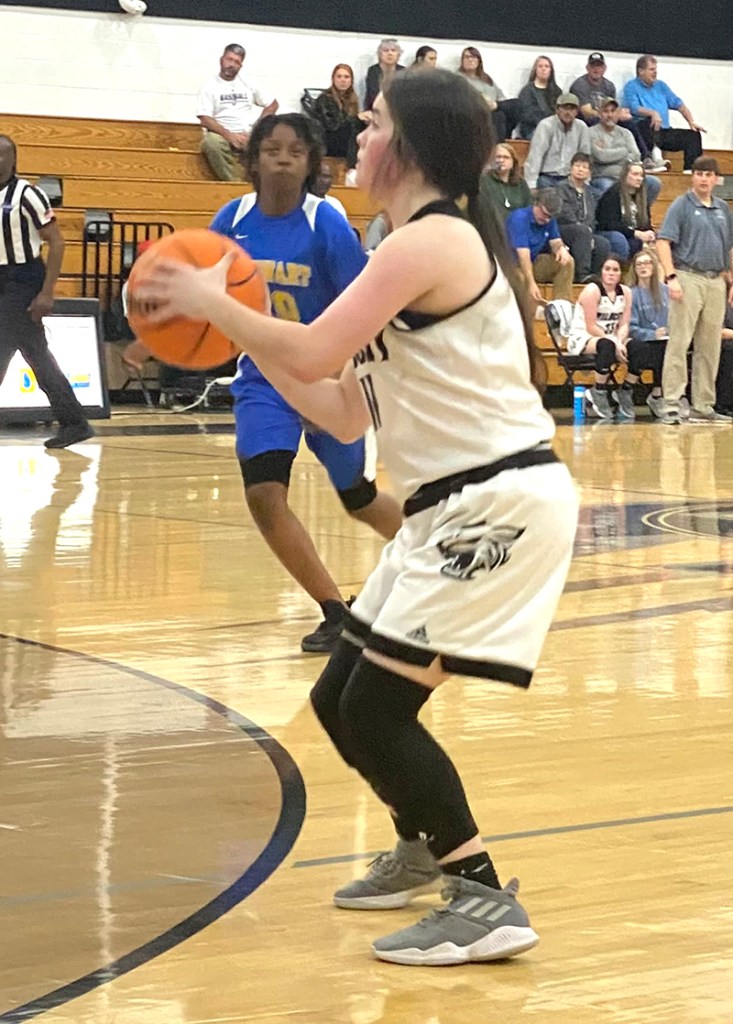 Schley County sophomore guard Emma Walker is about to shoot a three-pointer. Walker led the Lady Wildcats in scoring with 20 points against Stewart County and 18 of those points came from her six made three-pointers. Photo by Ken Gustafson

ELLAVILLE – For many successful teams who play the game of basketball, it starts with defense. For the Lady Wildcats of Schley County (3-1), that principle was no exception. They used their defensive pressure early in the game to force turnovers against the Stewart County Royal Knights and they were able to score points off those turnovers. That enabled Schley County to take total control of the game from start to finish and they went on to roll the Royal Knights 86-30 on Tuesday, December 7, at Schley County High School.

“The girls work hard. I told them when I was hired that I want to play a fast-paced game,” Schley County Head Coach Brent Moore said. “I want to be able to play fast defense and try to turn it into transition offense. They’ve bought into that. We’re still a young team. We start two freshmen and two sophomores. They’re going to make mistakes, but they’re working hard and they’re learning from it. I say that we start four young kids, but we’ve got some seniors that really kind of lead by example, so it has been a good team effort so far,” Moore continued. 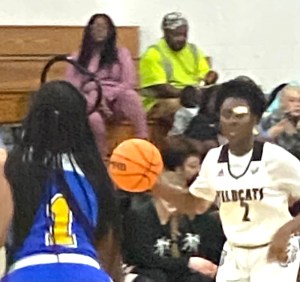 In addition to using their defense to create offense, the Lady Wildcats were aided by torrid outside shooting by twin sisters Emma and Lily Walker. Emma Walker led Schley County in scoring with 20 points and 18 of those points came from six three-pointers. Daneria Thornton, Kalli Bishop and Berkley Goodin each poured in 12 points and Lily Walker had 11, with nine of her points coming from three shots from beyond the arc.

The Lady Wildcats quickly jumped out to a 13-4 lead in the first quarter by using their tenacious defensive pressure to force turnovers and they, in turn, scored points off those turnovers. Stewart County called a timeout to try and stop the onslaught, but that timeout did not stop the Lady Wildcats. They continued to overwhelm the Royal Knights and led 23-11 by the end of the first quarter. 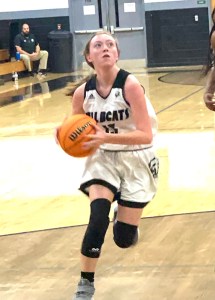 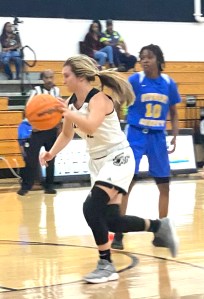 In the second half, it was all Lady Wildcats. They outscored the Royal Knights 26-6 in the third quarter and they did it the same way they had done it in the first half. Though they didn’t use full-court pressure, they were strong defensively in the half court and they were able to take advantage of the Royal Knights’ inability to score.

The large lead also allowed Moore to give his reserves some valuable playing experience. Cheyenne Hardison was able to get to the foul line and hit one free throw and Liberty Justice scored five points to contribute to the win.

The Lady Wildcats will now turn their attention to the Lady Hawks of Central (Talbotton), whom they will face in Talbotton, GA on Friday, December 10, at 6 p.m.