Raiders stay undefeated at 5-0 with win at SGA 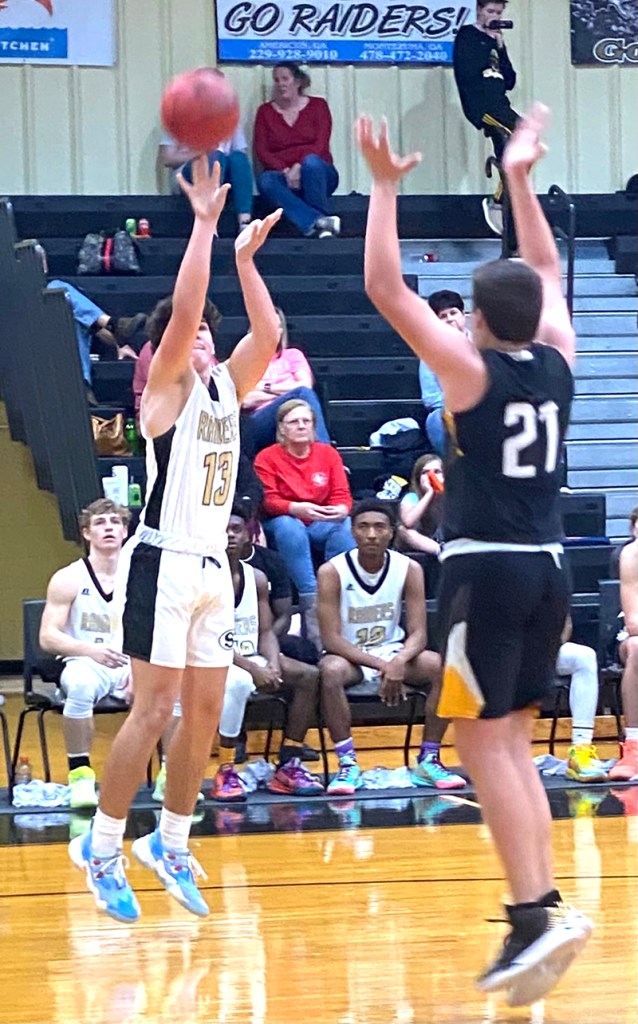 Southland Academy sophomore Perry Usher (#13) is seen here taking a jump shot in a previous game. Usher led the Raiders with 14 points in their 55-31 victory at SGA. ATR Archive

DAMASCUS, GA – The Southland Academy Raider basketball team (SAR) kept its overall record unblemished when the Raiders traveled down to Damascus, GA and defeated the Warriors of Southwest Georgia Academy 55-31 on Tuesday, December 7.

According to SAR Head Coach Rundy Foster, this was a game in which the Raiders played well on the defensive end of the floor, but he believes that his club still has room for improvement in all facets of the game.

SAR sophomore Perry Usher led the Raiders in scoring with 14 points and senior forward Buddy Brady scored 11 in the winning cause.

Up next for the Raiders is a rematch with Westfield at home on Tuesday, December 14. Tip-off for that game is scheduled for 8 p.m.