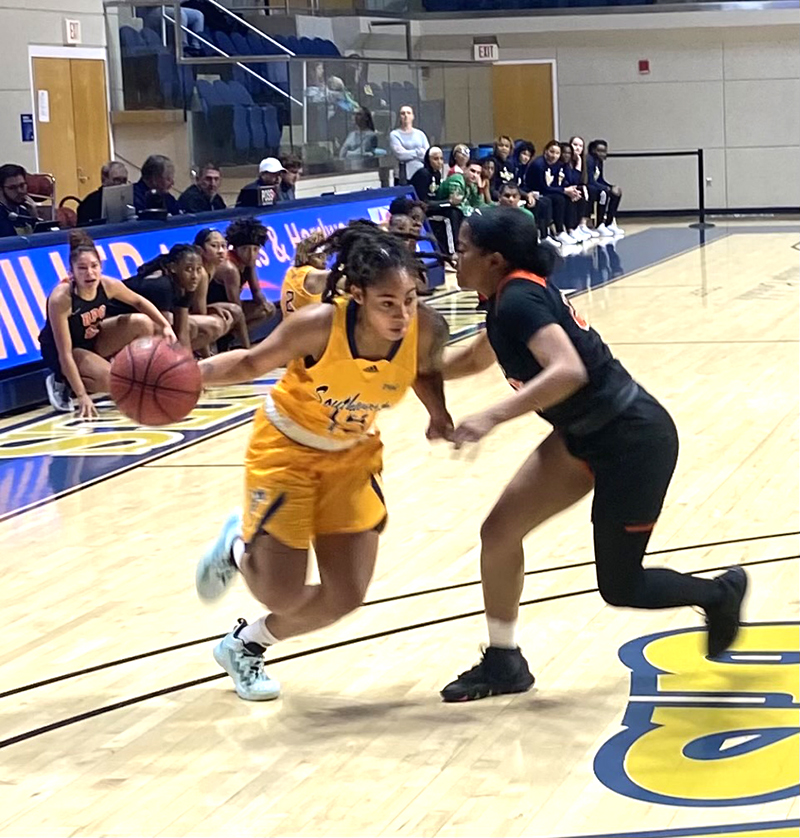 GSW senior guard Jacquelyn Levay (#15) scored 20 points on 7-10 shooting and made 4 of 6 three-pointers in the Lady Hurricanes’ 96-46 victory over Brewton-Parker College. Photo by Ken Gustafson

AMERICUS – The Georgia Southwestern State University Women’s Basketball Team (GSW) hit a total of 12 three-pointers and shot 52.3 percent from the field in its 96-46 shellacking of the Lady Barons of Brewton-Parker College (BP) on Monday evening, December 13, at the GSW Storm Dome.

For GSW Head Coach Justin Payne, it was important that his club have a solid performance before Peach Belt Conference play starts for the Lady Hurricanes on Thursday, December 16, at USC Aiken.

“I knew we wanted to have a great showing before conference. I wanted to make sure that we are clicking on all cylinders before we get into conference play,” Payne said. “That was really, really important tonight that we run through our offense and make sure that we fix the lapses that we had on defense from the last few games.” 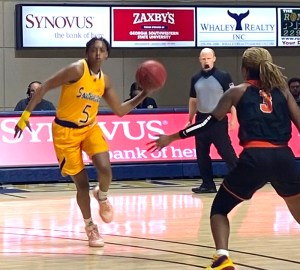 However, that would be as close as BP would get for the rest of the evening, as the Lady Hurricanes would go on a 15-4 run to close out the first half.

In the second half, it was all GSW. The Lady Hurricanes forced BP into committing numerous turnovers and scored a game total total of 17 points off those turnovers. 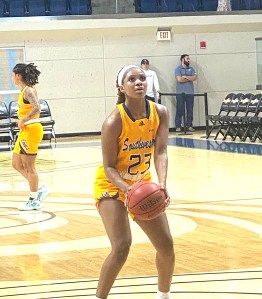 As a team, the Lady Hurricanes also made a total of eight three-pointers in the second half to go with the four that they hit in the first half, and they used their fast-paced style of play to score several baskets in transition. In fact, for the game, GSW scored 19 fast break baskets, while the Lady Barons scored none. GSW also outrebounded BP 49-38 and outscored the Lady Barons 40-22 in points in the paint.

As for BP, Madison Evans led them in scoring with 14 points. 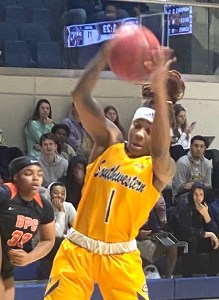 The Lady Hurricanes will travel to Aiken, South Carolina on Thursday, December 16, for their first Peach Belt Conference game of the year against the Lady Pacers of USC Aiken. Tip-off is scheduled for 5:30 p.m.