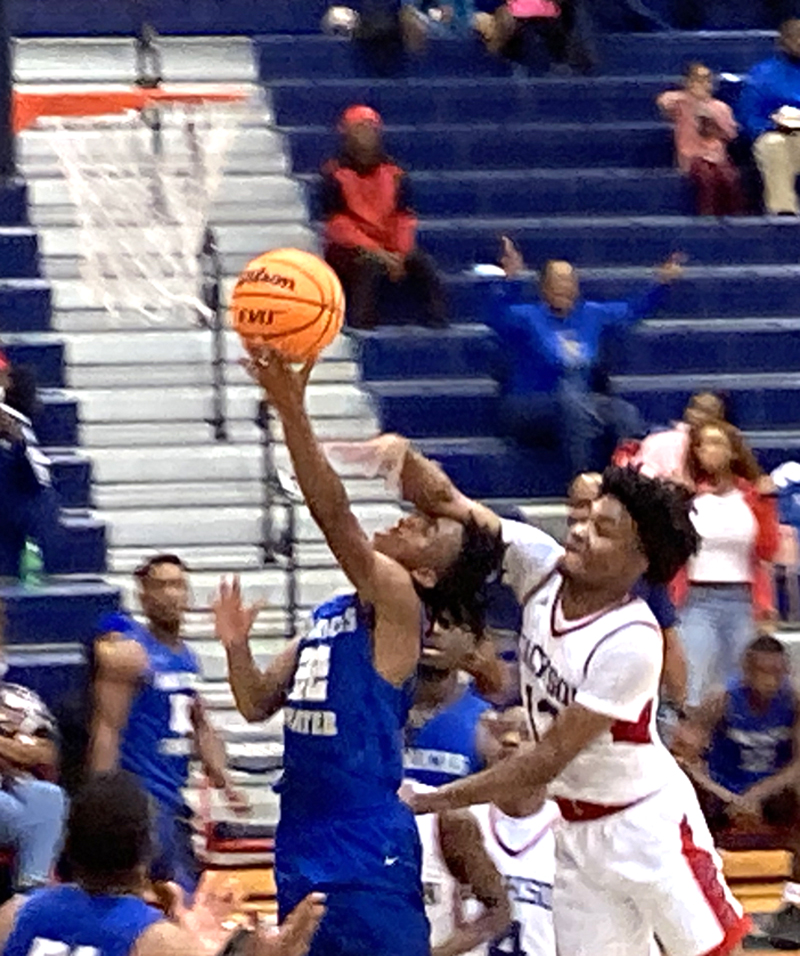 JACKSON, GA – The Sumter County Varsity Boys Basketball Team (SCHS) pushed its winning streak to three games when the Panthers made the 100-mike trip up to Jackson, GA and defeated the Red Devils of Jackson High School (JHS) 73-52 on Friday, December 10.
With the win, SCHS improves its overall record to 5-1 and 4-0 in Region 2-AAA competition.
SCHS junior forward Brandon Pope led SCHS in scoring with 17 points and junior point guard D.J. Hurley poured in 14. Devon Dowdell was also in double figures with 10 points and both Cameron Evans and Kyric Davis chipped in eight points in the winning cause.
This was a game that was tightly contested in the first half and the score was tied at 29-29 at halftime. However, according to SCHS Head Coach Johnny Genwright, the Panthers committed too many turnovers and made careless mistakes in the first half. 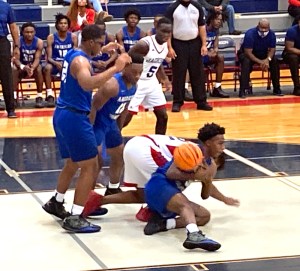 Fortunately for the Panthers, they were able to tighten things up in the second half and they took control of the game. In addition to his production on offense, Hurley was able to shut down JHS shooting guard Caleb Head, who scored 14 points in the first half, including three straight three-pointers.
Hurley was able to keep Head scoreless throughout the second half, while SCHS enforced its will on the game and went on to win 73-52.
The Panthers will step outside of region play when they head down to Tifton on Tuesday, December 14, to take on the Blue Devils of Tift County. Tip-off is scheduled for 7:30 p.m.