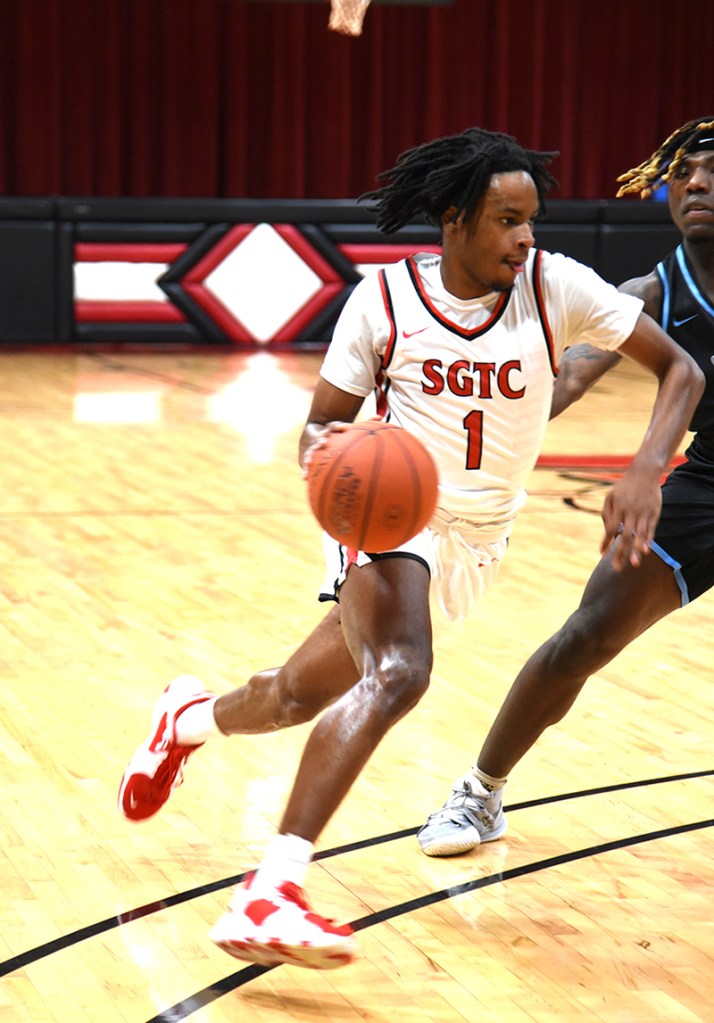 AMERICUS – The South Georgia Technical College Jets (SGTC) walked away with a 69 – 60 victory over the Chattahoochee Valley Community College Pirates in their last game of the 2021 part of the season on Wednesday, December 15. The victory moved the Jets to 8 – 6 overall on the season.

“A win is a win and it is always good to come away with a win at home,” said SGTC head coach Chris Ballauer.  “We still have a lot of things that we need to work on, but an ugly win is still better than a loss.”

This was the last game of 2021 for the Jets and now they will open up their Georgia Collegiate Athletic Association conference (GCAA) schedule on January 6, 2022, when they host 9 – 2 South Georgia State College at 7 p.m. in the Hangar. They are currently tied for the first-place seed in the conference with Central Georgia Tech.

“We need a big crowd in the Hangar on Thursday, January 6th,” said Ballauer.  “This is what we have been working for.  We have played some tough competition getting ready for the conference schedule and we would love to have a lot of fans cheering us on in the new year. This will be a big test for us and we will be coming back after a break over the holidays, so we will need to get focused.”

In the match-up with Chattahoochee Valley, sophomore guard Malik Battle led the Jets in scoring with 15 points.  He was six of eight from the foul line, one of two from the three-point line and four of seven from the field.  He also pulled down three rebounds, one assist and two steals.

Sophomore forward Jalen Reynold and sophomore guard Marvin McGhee were close behind with 11 points each.  Reynolds had a double-double night with his 11 points and 13 rebounds.  He also had a blocked shot and a steal.  McGhee had four rebounds, two assists and two steals.