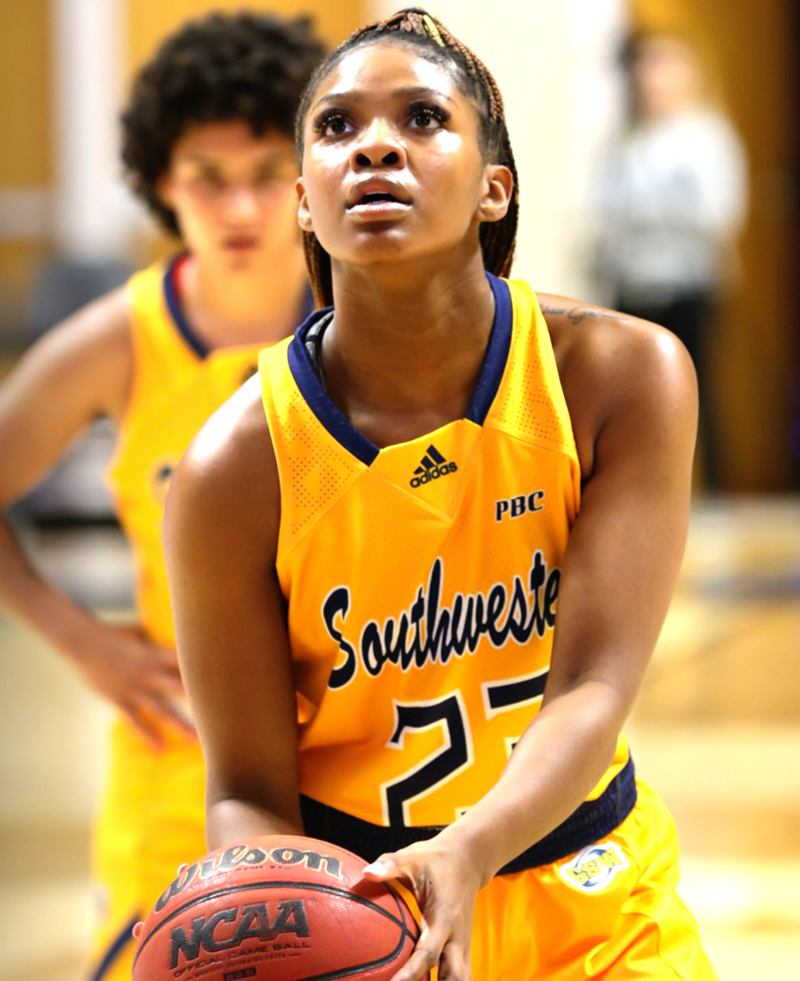 The Lady Hurricanes rode a massive first quarter offensively, scoring 27 points to open up the game. GSW’s defense matched the intensity of the offense, holding the Pacers to 12 points in the first quarter. The Lady Hurricanes and Pacers matched up evenly in the second quarter, as both teams scored 17 points apiece. However, GSW maintained a 15-point lead at the half.

Senior guards Jolicia Williams and Ava Jones led GSW in scoring in the first half, with Williams scoring 13 and Jones scoring with 12 points respectively.

The second half started well for USC Aiken, as the home team looked to get a comeback started. The Pacers outscored the Lady Hurricanes 19-14 in the third quarter, making it just an 11 point lead heading into the fourth. Daelyn Craig was a spark plug for GSW in the second half, as she helped keep the lead for the GSW with nine points in the second half. In the fourth quarter, the Lady Hurricanes used a stifling defense to put the game away, holding the Pacers to just four points in the fourth quarter and extending their lead to 21 points to finish off USC Aiken.

Williams once again this season finished as GSW’s points leader, finishing with 17 points and four assists on the night. Jones finished just behind Williams with 15 points and added three steals to her stat line.

The Lady Hurricanes head into the holiday break 8-1 overall and 1-0 in the Peach Belt Conference. They will come back to the Storm Dome and take on Thomas University on Thursday, December 30 in their final non-conference matchup of the regular season. Tip-off for that game is scheduled for 3 p.m.