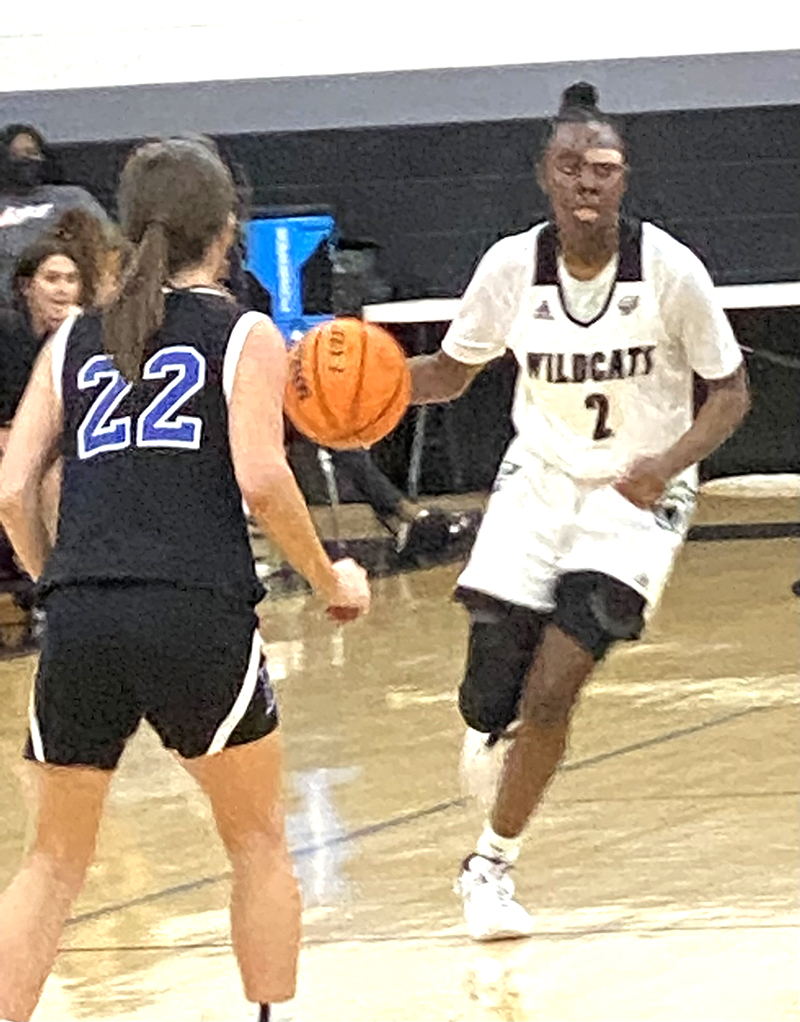 ELLAVILLE – After their 61-43 victory over their Region 5A-Public rivals Marion County on Friday, December 17, the Schley County Lady Wildcats (SCHS) were hoping to build on that victory with a win over the Lady Cougars of Brookstone (BKS) the following day. However, in spite of strong performances from SCHS guards Jesstynie Scott and Lily Walker, the Lady Wildcats struggled with turnovers and missed easy shots on the inside, particularly in the second half. As a result, the Lady Cougars were able to take advantage and they outlasted SCHS 46-41 on Saturday, December 18, at Schley County High School.

With the loss, the Lady Wildcats fall to 6-3 on the season, but are still 5-1 in Region 5A-Public competition. Saturday’s game against BKS was the Lady Wildcats’ final game in 2021, as they will not be back until Tuesday, January 4, when they host Manchester in a region contest.

The Lady Cougars jumped out to a 17-12 lead in the first half, but the Lady wildcats responded with a 5-0 run in the second quarter to tie the game. BKS countered with a 4-0 run to take a 21-17 lead, but SCHS closed out the first half with five straight points to take a 22-21 lead. The final basket of the half came when Daneria Thornton drove to the basket and scored as the horn sounded.

Scott scored 10 of her 17 points in the first half to lead the Lady Wildcats and Lily Walker scored six first half points, all on two three-pointers.

In the third quarter, the Lady Wildcats struggled to score while BKS went on an 8-2 run to take a 29-24 lead. However, with a little over two minutes to play in the third quarter, Lily Walker hit a three-pointer off the backboard and later scored a two-point basket to tie the game at 29-29 with a little over a minute to play, prompting a timeout by BKS.

Out of the timeout, the Lady Cougars responded by going on a 5-0 run to close out the third quarter. That run included a three-pointer by Emma Clark.

Lily Walker drained her fourth three-pointer of the game to open the fourth quarter and brought the Lady Wildcats to within two at 34-32. 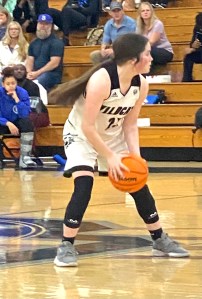 Over the next few minutes, both teams traded baskets, but BKS maintained a 40-36 lead with 3:22 to go in the game. However, Scott was able to bring SCHS to within three at 42-39 on a three-pointer, which prompted another timeout by the Lady Cougars.

Unfortunately for the Lady Wildcats, that would be as close as they would get, as the Lady Cougars were able to hold on and win by the score of 46-41. Two factors that kept the Lady Wildcats from pulling out a come-from-behind victory in the final quarter were too many turnovers and too many missed easy shots.

BKS junior guard Taylor Williams led all scorers with 24 points and senior forward Emma Clark poured in 15 in the winning cause.

The Lady Wildcats will not be in action again until Tuesday, January 4, when they host Manchester in a Region 5A-Public contest. Tip-off for that game is scheduled for 6 p.m.