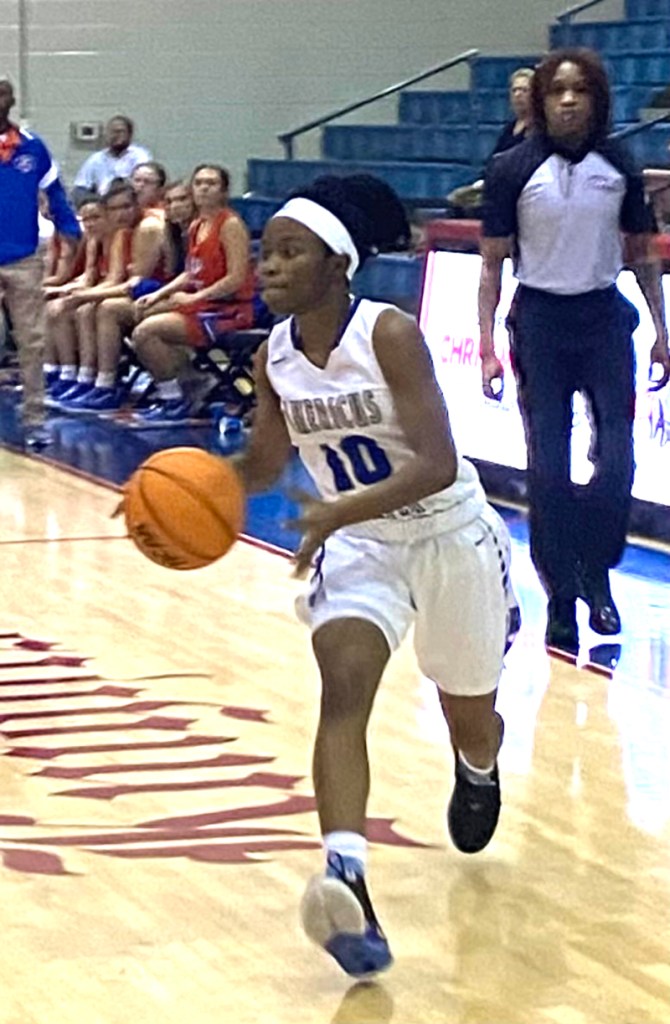 ALBANY – After their 54-43 victory over Westwood in their first game of the Deerfield-Windsor Christmas Classic on Monday, the Sumter County Lady Panthers (SCHS) were hoping to build on that success with a win over the host team, the Lady Knights of Deerfield-Windsor (DWS). However, the Lady Panthers were edged out by DWS 48-44 in a low-scoring affair on Tuesday, December 21.

Tiffani Goodman led the Lady Panthers in scoring with 14 points and Trinity Jackson was also in double figures with 10 points. Kaylin Holley very nearly reached the double-digit mark, as she chipped in nine points in the losing cause.

After trailing the Lady Knights 28-21 at halftime, the Lady Panthers outscored DWS 17-10 in the third quarter and tied the game at 38-38 with one more quarter to play.

This was partly due to the fact that Jackson came alive by scoring seven of her game total of 10 points in the third quarter.

However, the Lady Knights outscored SCHS 10-6 in the fourth quarter. That margin of scoring would reflect itself in the final score, as DWS went on to win 48-44.

With the loss, the Lady Panthers drop to 6-5 on the season.

Joi Hubbard led the Lady Knights in scoring with 13 points and Gabrielle Harris scored nine points in the winning cause.

After Christmas, the Lady Panthers will travel up to Atlanta to play Rome High School at State Farm Arena on Monday, December 27, as part of an invitational event for high school teams that is being put on by the Atlanta Hawks. Tip-off for this game is scheduled for 12:45 p.m.