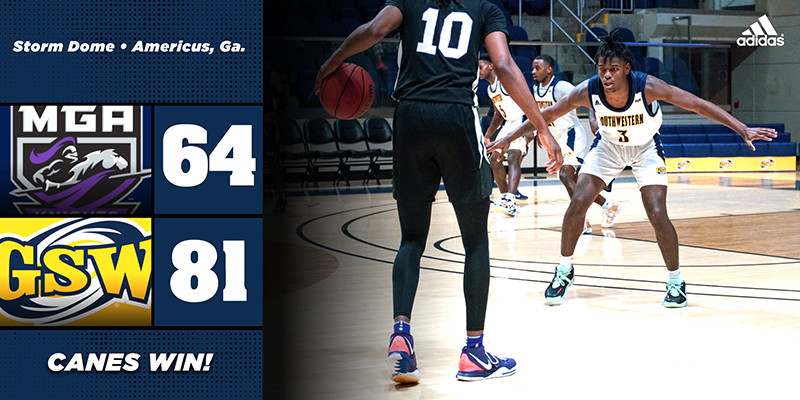 AMERICUS – The Georgia Southwestern State University Men’s Basketball Team (GSW) got its fourth win of the season on New Years Eve by defeating the Middle Georgia State Knights at home by the score of 81-64.

The Hurricanes came into the game missing their leading scorer Donte Tatum, but they were still able to prevail. The game was the first game back after a long road trip and was GSW’s second game at home this season. The first half was a close affair between both teams and the Hurricanes led 37-30 at halftime.

The Hurricanes (4-5, 0-1 PBC) will open up 2022 with a road game at North Georgia on Wednesday, January 5 for their second game in Peach Belt Conference play. Tip-off for that game is scheduled for 7:30 p.m.