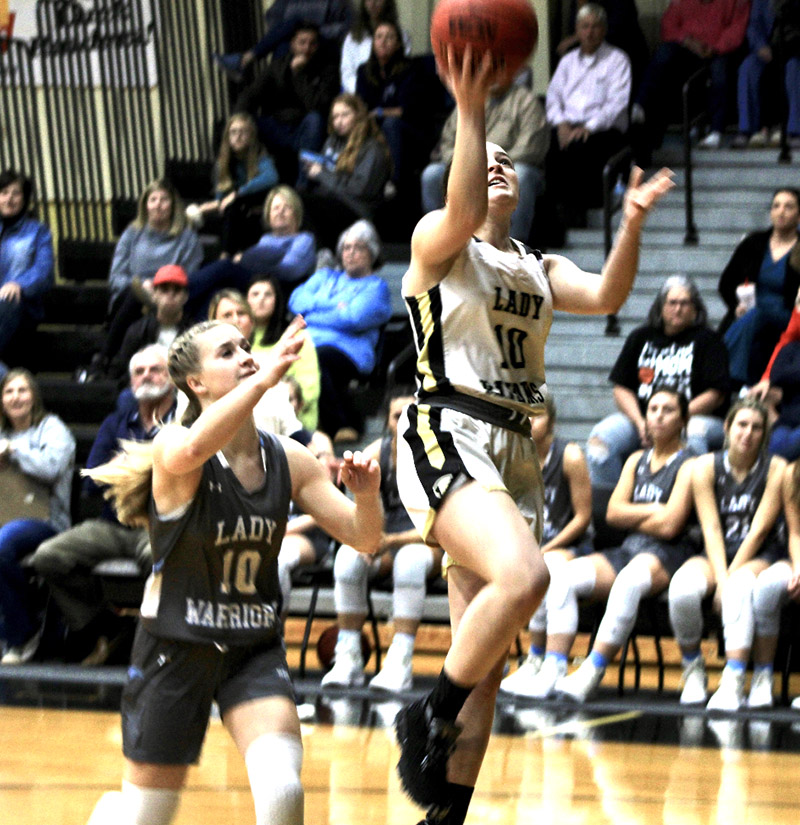 AMERICUS – The Southland Academy Varsity Girls Basketball Team (SAR) came into Tuesday night’s home game against the undefeated Lady Warriors of Southwest Georgia Academy (12-0) with high hopes of ending its four game losing streak and handing the Lady Warriors their first loss of the season. However, in spite of a strong defensive effort by the Lady Raiders throughout the game, they were unable to come out on top and lost to SGA 45-30 at the Melvin Kinslow Gymnasium.

The loss pushes SAR’s losing streak to five games and the team is now 5-8 on the season, with region play to begin on Friday, January 7 against Valwood at home.

“Our defense kept us in the game all night like it usually does,” SAR Head Coach Eric Israel said. “It just seemed like every time we climbed back in it and got to within five or six points, they hit a big three. We just couldn’t quite get over the hump all night, but they (SGA) have got a really good basketball team and that’s the kind of teams we want to play.” 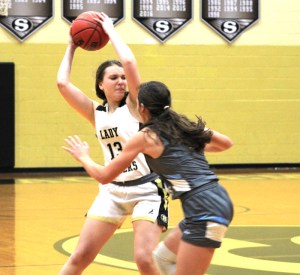 At halftime, the Lady Raiders only trailed SGA 23-19 and continued to stay within striking distance throughout the second half. However, with SAR trailing 34-27 in the fourth quarter, SGA junior guard Abby Bruner drilled a three-pointer to put the Lady Warriors up by 10. From that point on, the Lady Raiders were not able to get any closer and they struggled with SGA’s full-court press. The Lady Warriors used their press to force turnovers and scored points off those turnovers in the waning minutes of the game to seal their 45-30 victory.

The Lady Raiders will try once again to end their losing streak on Friday, January 7 when they host Valwood in their first Georgia Independent School Association (GISA) Region 3-AAA contest of the season. Tip-off for that game is scheduled for 6:30 p.m.