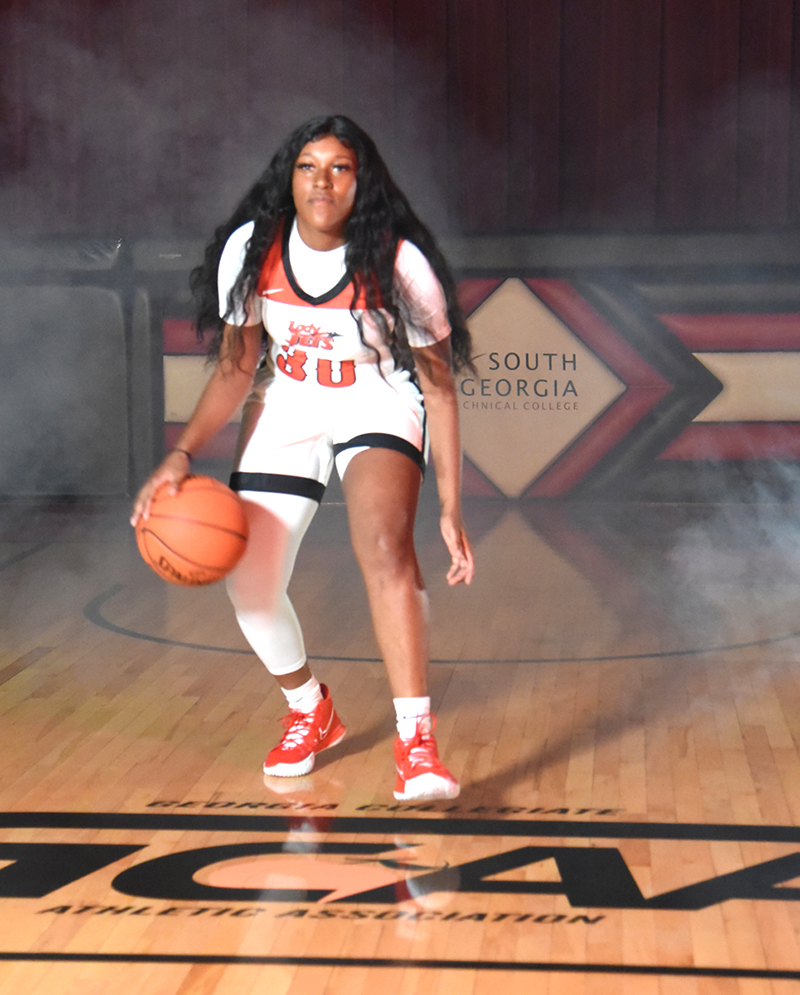 “It was good to get back into conference play and get a road win,” said South Georgia Technical College Athletic Director and Lady Jets head coach James Frey.  “I talked to the team about this being the next step in the process. The process of us maturing and growing as a young team. We would see if we were ready to make the next step or take a step back. I was glad to see us play pretty well.”

Despite the 24-point victory, Coach Frey still sees some room for improvement. “We did turn the ball over 25 times and had been doing a much better job at that but we will continue to work on our decision making and hopefully be more consistent with it.  We were able to dominate them on the boards and that made up for the turnovers.”  SGTC had

One major difference in the game was that the Lady Jets lost Alexis Dizeko on the first play of the game due to a minor knee injury.  “She tried to play some in the second half but looked timid to me so we sat her back down.  I think she’s going to be fine.  To lose your leading scorer on the first play and still score 91 points speaks to our depth,” added Frey.

The Lady Jets learned that Southern Crescent Technical College has dropped out of the league so they are still looking for replacement games. The Lady Jets were scheduled to travel to Griffin for a double-header with Southern Crescent on Saturday, January 8 and then host them on January 28 and February 9.  Those games have been cancelled.

“Hopefully we will be able to fill those games soon,” said Coach Frey.  “We will have some lengthy gaps in our schedule in January and February and that’s not a good thing for a young team that needs court time.”

The Lady Jets took command of the game early against Central Georgia Tech.  They were up 23 – 14 at the end of the first quarter and stretched that lead to 41 – 26 at the half.  The Lady Jets had a strong third quarter outscoring the Lady Titans 31 – 19 before wrapping up the 91 – 67 victory.  This was the fourth consecutive win for the Lady Jets.

Redshirt sophomore shooting guard Kamya Hollingshed led her team in scoring with a total of 22 points.  She was six of 12 from the free-throw line and then 4 of 4 from the foul line.  Hollingshed also pulled down three rebounds, three assists and three steals on the night.

Three other players joined Hollingshed in double-figures.  They included Maikya Simmons, Laurie Calixte, and Majomary Ubi.  They came off the bench to add 36 points to the total score.  Simmons and Calixte both contributed 13 points and Majomary Ubi added 10 points on the night.  Freshman center Fanta Gassama also came off the bench and pulled down 16 rebounds and eight points.  Camryn James added eight points and seven rebounds.

Rounding out the scoring for the Lady Jets was Loes Rozing with seven points, Luana Leite with four and then Susan Posada, Alexia Dizeko, and Mame Thiaw closed out the scoring with two points each.