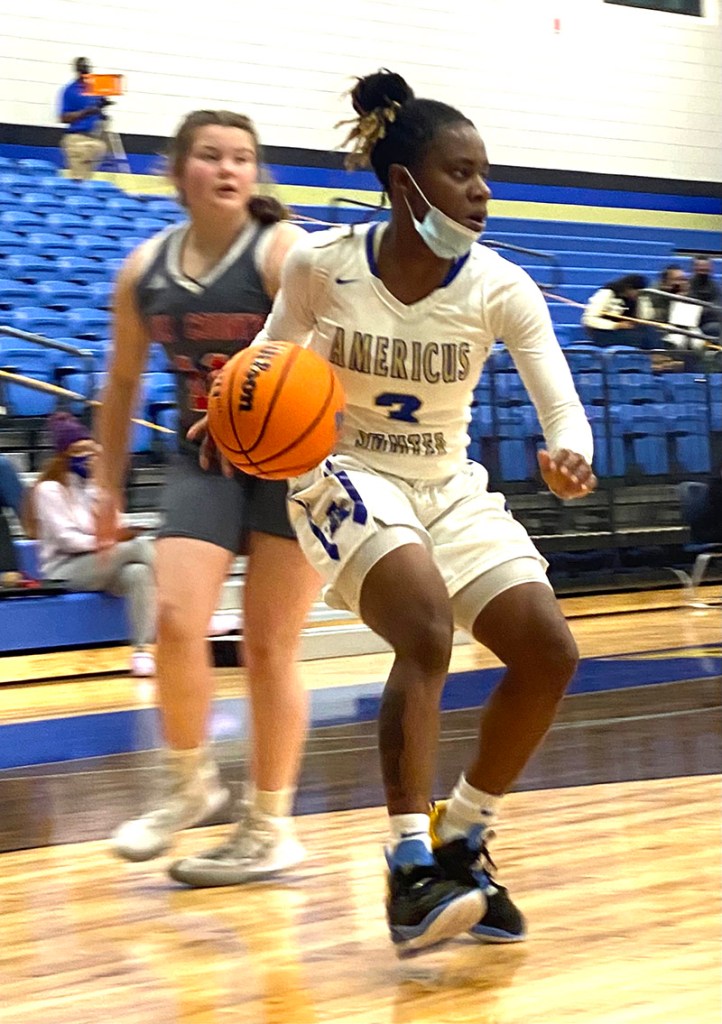 AMERICUS – The Sumter County Lady Panthers (SCHS) got 2022 started off right by taking control of the game in the first half and never letting up on its way to a 62-23 lop-sided victory over an undermanned Pike County team (PCHS) on Friday, January 7 at the Pitt Gymnasium on the SCHS campus.

Unfortunately for the Lady Pirates, in addition to being winless on the season (0-11), they were also undermanned as seven of their players had to sit out due to issues involving COVID-19.

In the past, the Lady Panthers (8-5, 5-0 Region 2-AAA) would use a full-court press early in the game to force turnovers and score fast break baskets, but they didn’t have to do that early on. They were simply patient on offense and scored on high-percentage shots, while the Lady Pirates struggled to put the ball in the basket.

However, in the second quarter, SCHS stepped up its defensive pressure, forced numerous turnovers and scored several fast break baskets off those turnovers, effectively putting the game out of reach.

“We are figuring it out. It’s kind of hard to gage against this type of an opponent, but we’re coming along,” SCHS girls head coach Sherri Harris said. “We try to respect everybody regardless of what they’re doing. I’m more concerned about what we are doing out there on the court. I thought that in the first half, we didn’t have enough energy. We started out in a zone primarily because I knew they (PCHS) were undermanned. We were in a zone pretty much the whole game, but I told them, ‘You can still have energy. Regardless of what they’re doing, you can still have the energy.’ They (the Lady Panthers) came out in the second half and had a little more energy,” Harris continued. 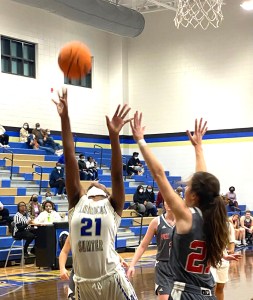 The Lady Panthers had three players in double figures. Trinity Jackson led the way with 18 points, Tiffani Goodman poured in 15 and Haley Moore chipped in 10 points in the winning cause.

As far as PCHS was concerned, Jaime Corbin quite literally was their offense. Corbin scored all of the Lady Pirates’ 23 points, with most of those points coming on seven three-pointers.

SCHS jumped out to a 12-3 lead in the first quarter. The Lady Panthers were patient on offense and were able to make high-percentage shots. PCHS, on the other hand, struggled tremendously on offense, as the Lady Pirates could not get their shots to fall. While PCHS struggled to score, the Lady Panthers continued to increase their lead. In the second quarter, SCHS went on a 17-0 run to take a 29-3 lead with a little over three minutes left before halftime. They did this by forcing turnovers on the defensive end and scored numerous transition baskets. By the 2:37 mark of the second quarter, the Lady Panthers had a 31-6 lead before a timeout was called. For the remainder of the half, the Lady Panthers continued to stay in control, but the Lady Pirates tried their best to be competitive and were able to force some turnovers of their own. Nevertheless, by halftime, SCHS had a commanding 37-9 lead. 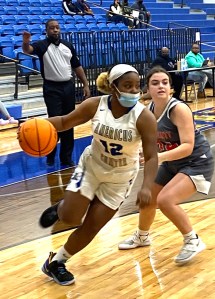 The second half started off pretty much like the second quarter began as the Lady Panthers went on a 10-0 run to take a 47-9 lead. The Lady Pirates continued to struggle scoring and SCHS continued to score on almost every offensive possession in the second half. As a result, SCHS would go on to win by the score of 62-23.

The Lady Panthers are now 8-5 overall on the season and are undefeated and in first place in the Region 2-AAA standings at 5-0. Though they tried to compete as hard as they could, the PCHS Lady Pirates are still winless on the season at 0-11.

The Lady Panthers will face a slightly stronger opponent at the Pitt on Saturday evening, January 8 when they take on the Jackson Lady Red Devils. Tip-off is scheduled for 5:30 p.m.