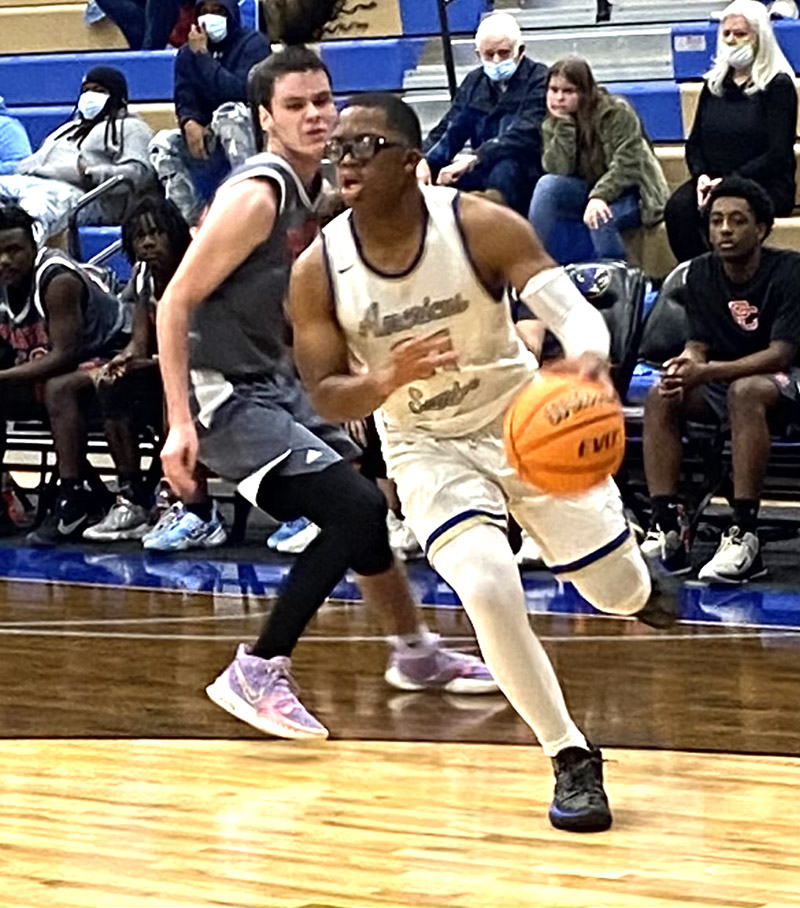 Sumter County junior small forward Devon Dowdell is seen here driving to the basket against Pike County. Dowdell was one of three Panthers who scored 12 points in the win. Photo by Ken Gustafson

AMERICUS – The Sumter County Varsity Boys Basketball Team (SCHS) extended its winning streak to 12 by jumping on the Pirates early in the first half and never letting up on their way to a 72-18 thrashing of winless Pike County on Friday evening, January 7 at the Pitt Gymnasium on the SCHS campus.

With the win, SCHS improves its overall record to 14-1 and is now 5-0 in Region 2-AAA competition.

The Panthers came into this game with a lot of momentum, having won three straight games in the days leading up to the new year. They defeated Rome High School 56-47 on December 27 at State Farm Arena and followed that up with wins over Cook (59-33) and Irwin County (64-29).

“My guys did come out and seal the deal the way they were supposed to,” SCHS head coach Johnny Genwright said. “I told them to not take anyone for granted and to cone out and get the win. They came out playing aggressive, scored points and we got this game sealed. Now moving forward, like I told my guys, we’ve got to stay humble.” Genwright went on to say that even though his club is on a 12 game winning streak, they are entering region play and the rest of the teams in Region 2-AAA will be gunning for them. “We’ve got to come out and we’ve got to get better each game,” Genwright said. 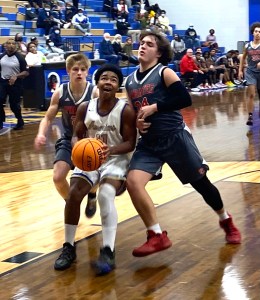 The Panthers had four players score in double figures. D.J. Hurley, Kyric Davis and Devon Dowdell each scored 12 points and Kentravius Dunning poured in 10 points on a night in which there was balanced scoring from several SCHS players. Brandon Pope chipped in eight points, Cameron Evans had seven, Kavon Lewis chipped in four points and Latravius Angry had three. Both Lanquorn Thomas and Corey Wright also got into the scoring column with two points each.

SCHS jumped out to a 22-11 lead in the first half, but in the waning minutes of the second quarter, the Panthers stepped up their defensive intensity, forced turnovers and were able to score points in transition. As a result, SCHS went on a 13-0 run to close out the first half, taking a 34-11 lead into the locker room. 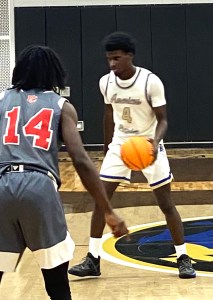 Over the first couple of minutes of the third quarter, the Panthers went on a 9-4 run that was capped off with a three-pointer by Cameron Evans. D.J. Hurley would then hit the second of his two three-pointers in the third quarter to give SCHS a 46-15 lead. From that point on, it was absolute total domination as the Panthers continued to use their superior athleticism and defensive pressure to force turnovers and cash in at the other end. One of those baskets came from an ally-oop play, with Evans throwing an ally-oop pass to Davis for the dunk. The defensive pressure from the Panthers was so dominant that the Pirates could only score seven points in the entire second half. By the time the horn sounded to end the game, the Panthers had thrashed the Pirates 72-18.

Up next for SCHS is a slightly tougher region opponent in the Jackson Red Devils, whom they will host on Saturday, January 8 at 7 p.m. In the previous meeting between these two clubs in Jackson, GA on Friday, December 3, the Panthers won 70-52.