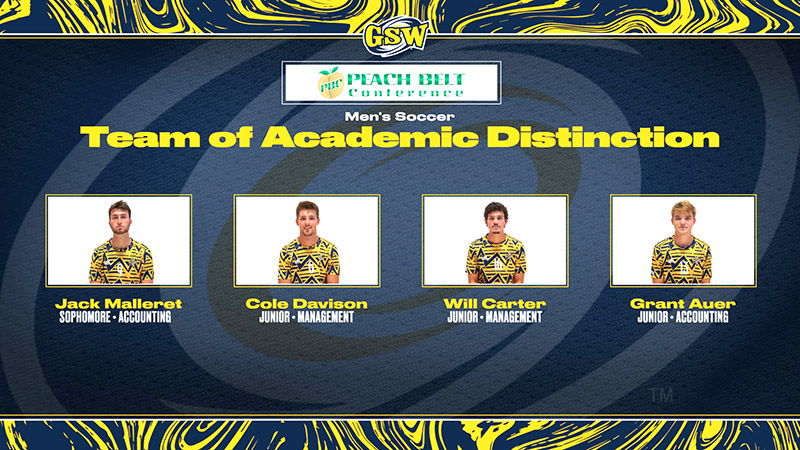 AUGUSTA — The Peach Belt Conference (PBC) has revealed the 2021 men’s and women’s soccer Teams of Academic Distinction, presented by Barnes & Noble College. These teams are a part of the PBC’s larger initiative to celebrate the academic achievements of PBC student-athletes and are modeled on the CoSIDA Academic All-America program. 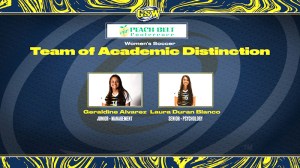 In addition to the academic success of these four GSW male student-athletes, two Lady Hurricane soccer players also made the PBC’s Team of Academic Distinction for Women’s Soccer: junior forward Geraldine Alvarez and senior defender Laura Duran Blanco. Geraldine Alvarez, a native of Bogota, Colombia, is a Management Major and is carrying a 3.67 GPA and Laura Duran Blanco, a senior Psychology Major from San Vicente, Costa Rica, is carrying a 3.80 GPA.

Alvarez played in all 16 matches for the Lady Hurricanes and started 15 of them during the 2021 season. She tallied one goal and four assists for a total of six points. Blanco also started all 16 matches and had one assist.

To be eligible for these teams, a student-athlete must 1) participate in at least half of his/her team’s events and be either a starter or significant contributor; 2) achieve a 3.30 cumulative grade point average (on a 4.0 scale) and 3) completed at least one full academic year at his or her current institution and has reached sophomore athletic eligibility. The Peach Belt Conference Sports Information Directors oversee the program.