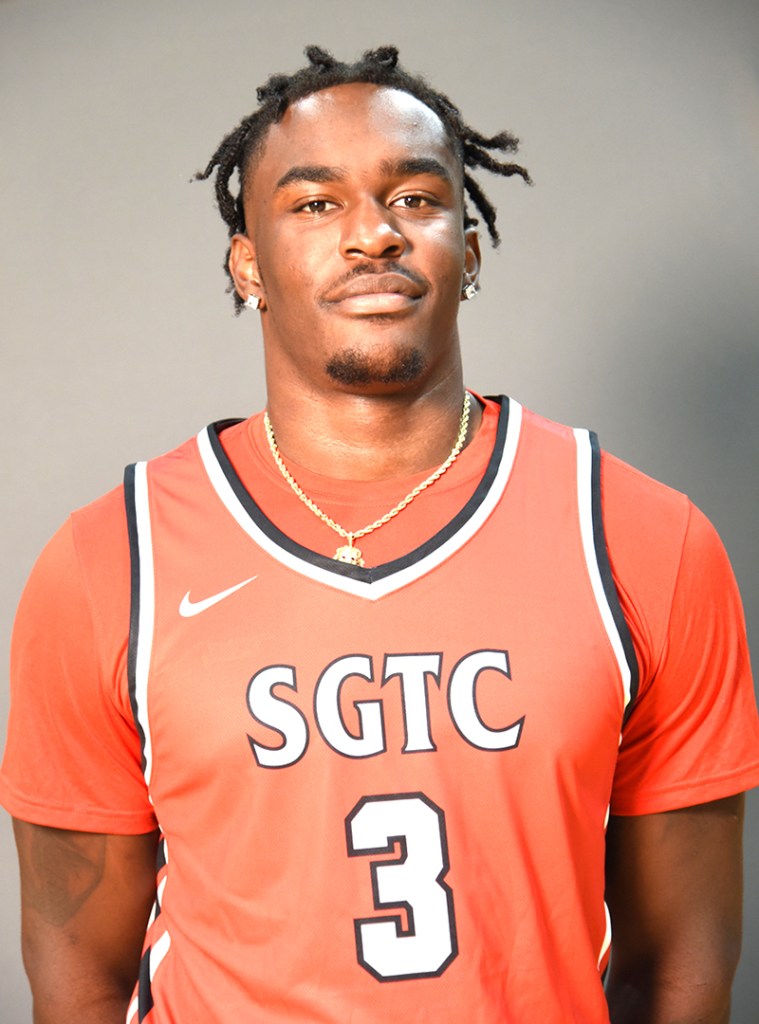 SGTC sophomore forward Jalen Reynolds posted a double-double in the Jets’ loss to Southern Crescent. Reynolds led SGTC in scoring with 14 points and he grabbed 16 rebounds. He also had an assist and three blocked shots on the night. Photo by SGTC Athletics

“We didn’t show up ready to play,” SGTC Jets head coach Chris Ballauer said. Ballauer also mentioned that last year, the Jets had a hard time bouncing back from tough conference wins. They defeated South Georgia State by one point two nights before. “We did a pretty good job defensively, but on the offensive end, we struggled making shots for no real reason,” Ballauer continued.

The Jets were down 35 – 30 at the end of the first half and outscored Southern Crescent 31 – 27 in the second half to drop the 62 – 61 decision. Sophomore forward Jalen Reynolds was the leading scorer for the Jets with 14 points and he pulled down 16 rebounds. Reynolds also had an assist and three blocked shots on the night.

Only two other Jets were in double-digits and they were sophomore guard Marvin McGhee III and sophomore Malik Battle. McGhee III posted a double-double with 12 points and 11 rebounds and Battle scored 11 points. McGhee and Battle also each had four assists and one steal and both had four fouls at the end of the game.

“This week we play at Gordon College in Barnesville on Tuesday, January 11 at 7 p.m. and then we host Albany Tech on Thursday at 7 p.m. before we go on the road to Center Georgia Tech on Saturday, January 15.  We have a chance to get back to work and to fix the things that need fixing,” said Coach Ballauer.