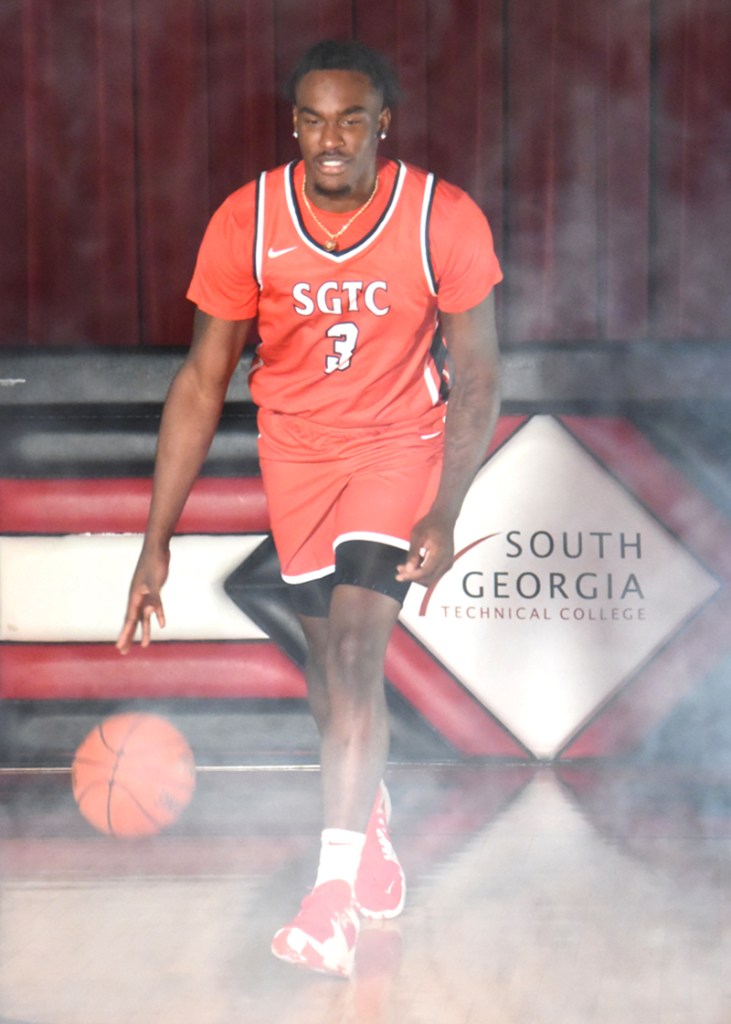 BARNESVILLE – The South Georgia Technical College (SGTC) Jets secured a 72 – 63 victory over Gordon College in Barnesville on Tuesday, January 11 to move to 2 – 1 in the Georgia Collegiate Athletic Association (GCAA) and remain tied for second place. Gordon College dropped to 0 – 2 in the GCAA.

“Great team win,” SGTC Head Coach Chris Ballauer said.  “We were without two players and everyone stepped up and really picked up the slack.”

SGTC sophomore forward Jalen Reynolds had another double-double with 15 points and 13 rebounds for the game.

“I was also very proud of Malik Battle and Marvin McGhee who played point guard last night. They did a great job of getting everyone involved and ran the team last night. Freshmen Bryce Turner and Nathan Wilson also had a good game last night. I am really proud of how this team plays and are excited about where it can take us,” added Coach Ballauer.

Sophomore center Jalen Reynolds led the team in scoring and rebounding with his double-double efforts of 15 points and 13 rebounds. Malik Battle, Marvin McGhee, and Bryce Turner each reached double-figures with 13 points. McGhee had six rebounds and three assists, while Battle had six assists and Turner had three rebounds and one blocked shot.

Rounding out the scoring for the Jets was Justice Hayes with eight points, Nathan Wilson with seven points and Kallin Foneseca with three points.