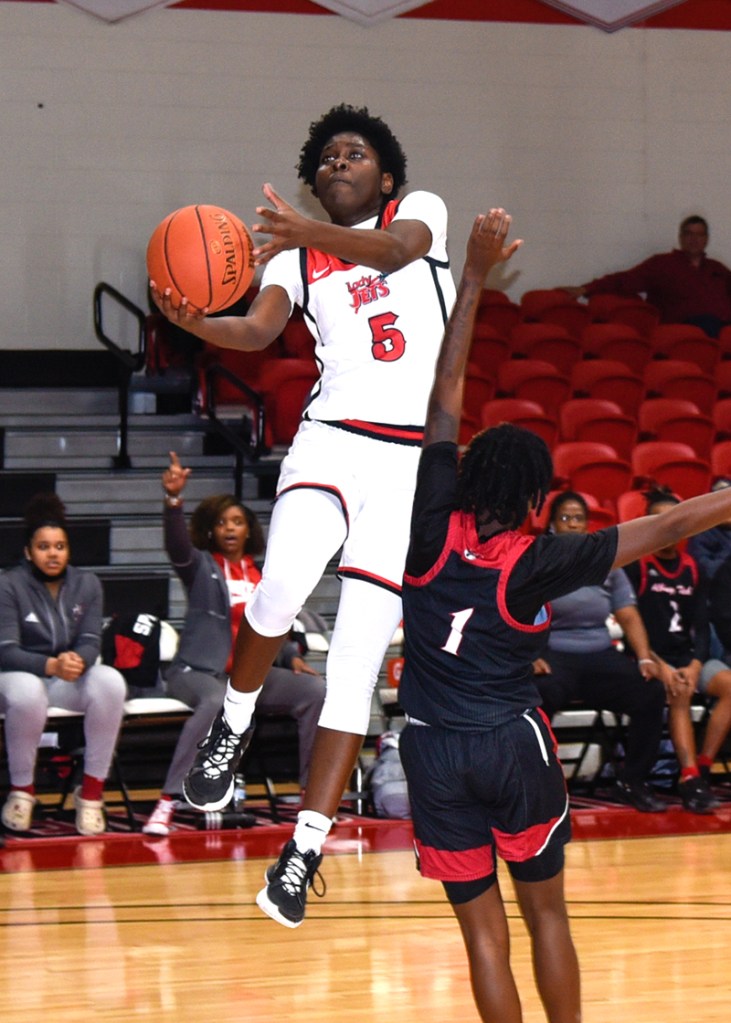 Alexia Dizeko goes in for a layup in the SGTC Lady Jets victory over Albany Tech. Photo by SGTC Athletics

AMERICUS – South Georgia Technical College split a recent doubleheader against Albany Technical College in The Hangar on the SGTC campus in Americus. The SGTC Lady Jets won going away by a final score of 83-56, while the men fell in double overtime 102-97. The Lady Jets now stand at 16-4 overall and 6-2 in conference play. The Jets are now 10-8 overall and 2-2 in-conference.

Alexia Dizeko led the Lady Jets with 21 points followed by Fanta Gassama with 16. Kamya Hollngshed also finished in double digits with 12 points. Luana Leite added nine points, and Camryn James and Laurie Calixte contributed six points each. Maikya Simmons finished with five points, and Majomary Ubi had four points on the night. Rounding out the scoring were Mame Thiaw and Loes Rozing with two points each.

“It was good to get another conference win,” said Lady Jets Head Coach James Frey. “We started off really slow but found our rhythm about mid-way thought the first quarter. I’m proud of our post play. I thought Fanta, Lex, and Camryn all had very good games for us inside and we were able to take advantage of ATC with our size.” 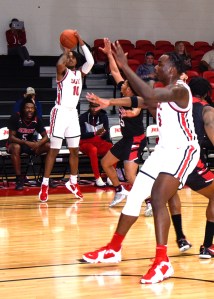 Marvin McGhee gets off a three-point shot for the Jets against Albany Tech.
Photo by SGTC Athletics

On the men’s side, Marvin McGhee led the scoring for the Jets with 25 points followed by Jalen Reynolds with 19 and Will Johnston with 18. Also in double digits were Malik Battle with 15 points and Bryce Turner with 11. Justice Hayes contributed nine points to the effort. 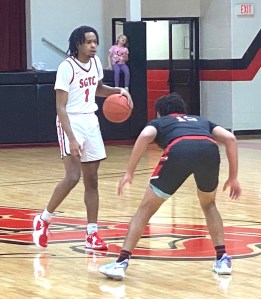 “Tough game last night,” Jets Head Coach Chris Ballauer said after the game. “We had every chance to win it, we just didn’t handle the ending the way we should have. But we will learn from these mistakes. Got to bounce back for our game Saturday against a very good Central Georgia tech team.”

The next home games for the Jets and Lady Jets take place on Saturday, January 22 in another doubleheader. The Lady Jets will take on East Georgia State College at 1:00 p.m. followed by the Jets facing off against Georgia Highlands College at 3:00 p.m.