After slow start, Panthers come alive in second half to dominate Central-Macon 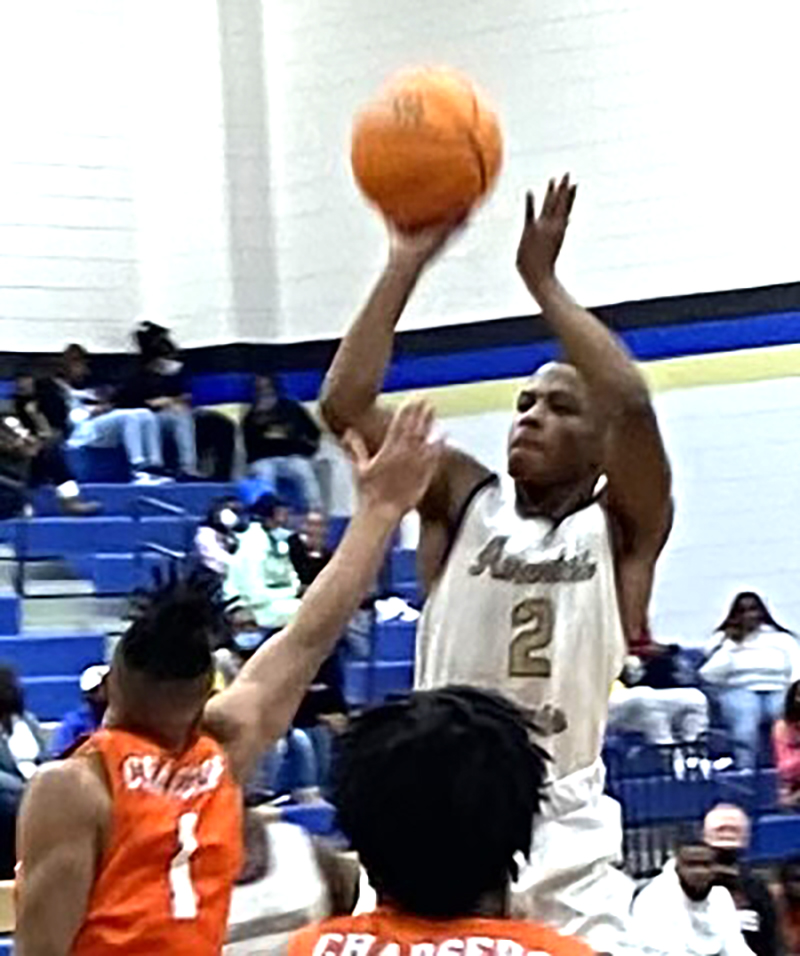 Sumter County junior guard D.J. Hurley (2) led the Panthers in scoring with 19 points in their 69-57 victory over Central-Macon. Photo by Ken Gustafson

AMERICUS – The Sumter County Panthers (SCHS) got off to a slow start in the first half against the Chargers of Central-Macon (CMH), trailing 22-10 at one point. However, CMH had awoken a “sleeping giant” in the form of the Panthers. SCHS went on a 7-0 run to start the second half and used its tenacious defense and ability to score in transition to dominate the Chargers from that point onward and secured a 69-57 Region 2-AAA victory over CMH on Friday, January 14 at the Pitt Gymnasium.

With the win, the Panthers are now 17-1 overall and are undefeated in region play at 8-0.

SCHS Head Coach Johnny Genwright stated that he saw what he needed to see from his club in this game.

“In the first half, we had some difficulties, but we got it together in the second half,” Genwright said. “My guys came out and handled adversity. They (CMH) are a great team, so my guys, being behind, need to see that because in the last couple of games, we haven’t been behind. We’ve been ahead, so to be behind and have to come back and fight, we need that going deep into the region right now.” 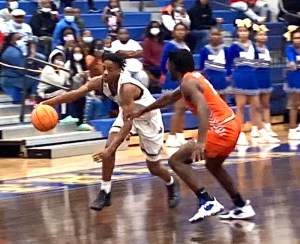 SCHS struggled in the first half as the Chargers jumped out to a 22-10 lead, but the Panthers stepped up their intensity and went on a 17-8 run to close the gap at 30-27 at halftime.

By the start of the third quarter, the SCHS giant had awoken. Over the first few minutes of the third quarter, the Panthers came on fire. They went on a 7-0 run that included a three-pointer by Pope and baskets from Hurley and Dowdell. This forced CMH to call a timeout, but the Panthers responded out of the timeout with a 6-2 run that was capped off with an ally-oop pass from Cameron Evans to Davis for a two-handed slam. At this point in the game, the Panthers were enforcing their will on the Chargers at both ends of the floor. They were making plays on defense and scoring transition baskets at the other end, which is what Sumter County Basketball has been known for during the past few years. As a result, SCHS had a 42-33 lead with a little over two minutes to go in the third quarter.

Over the final couple of minutes of the quarter, the Chargers were able to bring themselves to within seven, but the Panthers still had the momentum with a 44-37 lead with one quarter to play. 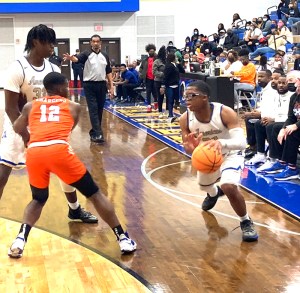 Over the first minute and a half of the fourth quarter, the Panthers took off. They went on a decisive 9-1 run that was capped off with a fast break basket by Cameron Evans. This forced CMH to call a timeout with 6:24 left, but that timeout didn’t stop the SCHS giant from marching on as the Panthers continued to increase their double-digit lead.

CMH guard E.J. Gibson drained a three-pointer to pull the Chargers to within 12 at 57-45, but they would not get under the double-digit mark the rest of the way. The Panthers continued to maintain control of the game and would go on to win by the score of 69-57.

TyQuavious Lewis led CMH (7-10) in scoring with 16 points and Christian Gray had 11 in the losing cause.

Up next for SCHS is a trip across the Flint River to Cordele on Saturday, January 15 for another Region 2-AAA tilt against Crisp County in basketball’s version of the “Battle of the Flint”. Tip-off is scheduled for 7:30 p.m.