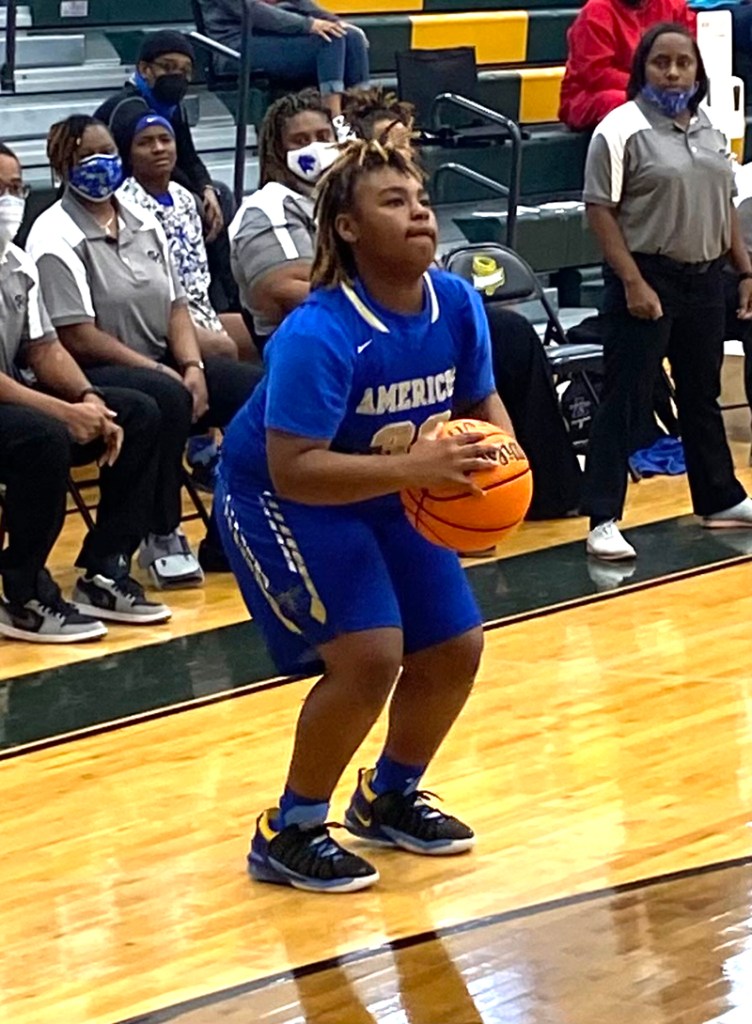 Sumter County freshman guard D’eria Clark knocked down three three-pointers in the fourth quarter to help secure a 62-52 victory for the Lady Panthers over Monroe. Photo by Ken Gustafson

ALBANY – The Sumter County Lady Panthers (SCHS) got a boost from freshman shooting guard D’eria Clark in the fourth quarter against Monroe (MHS). Clark was able to drain three shots from beyond the arc to help lead the Lady Panthers to a 62-52 victory over the Tornadoes on Monday, January 17 at the Martin Luther King Jr. Tournament at Monroe High School.

Clark had a total of 12 points on the night, with nine of those points coming from those fourth quarter three-pointers. These were important baskets due to the fact that the Lady Panthers were struggling to score in their half court offense in the fourth quarter and were committing turnovers.

In the third quarter, SCHS senior center Trinity Jackson picked up her third foul of the game. According to SCHS Head Coach Sherri Harris, that made things extremely difficult for the Lady Panthers in the second half.

“We had to alter what we were doing. She (Jackson) had to sit down pretty much the whole third quarter. That doesn’t help,” Harris said. “Then some of the young girls had to get in there and play and they were kind of fumbling with the ball and a little nervous. That hurt us in that third quarter, but we had a big enough lead to hold on.” 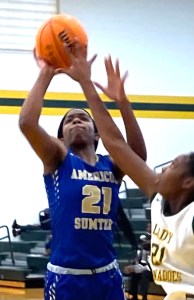 Jackson led the Lady Panthers with 18 points and Tiffani Goodman poured in 17. Aviyonna Clemons almost hit the double-digit mark by scoring nine points in the winning cause.

After leading 16-12 at the end of the first quarter, the Lady Panthers went on a 16-7 run in the second quarter to take a 32-19 lead at the half. However, the Tornadoes outscored SCHS 19-11 in the third quarter and only trailed 43-38 with the fourth quarter still to come.

With 5:28 to play in the game, SCHS had a 49-39 lead before Clark hit the first of her three-pointers. Shortly thereafter, she struck again with her second three-pointer and the Lady Panthers had a 55-39 lead.

However, MHS went on a 12-0 run to cut the SCHS lead to four. That run was capped off with a basket from Kyla Raven. Raven was fouled on the play and had a chance for a three-point play, but she missed the foul shot. 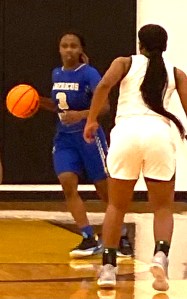 On the Lady Panthers’ ensuing possession, Jackson was fouled and she made both free throws to give SCHS a 57-51 lead with 3:07 remaining. Then the Lady Panthers got another three-pointer from Clark as part of a 5-1 run in the closing minutes to seal their 62-52 victory.

With the win, the Lady Panthers improve to 13-6 on the season and are still undefeated in region play at 9-0.

SCHS will step back into Region 2-AAA competition when they host Upson-Lee on Friday, January 21 at 6 p.m. Then on Saturday, January 22, the Lady Panthers will make the trip up to Fort Valley to take on Peach County in another Region 2-AAA contest. Tip-off for that game is scheduled for 6 p.m.