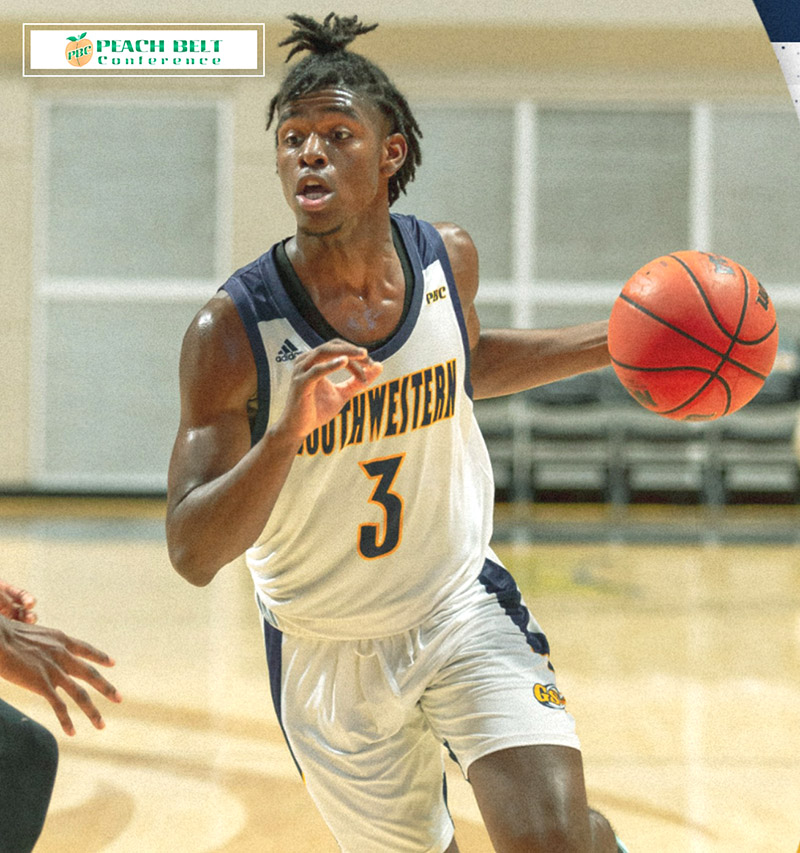 AMERICUS – The Georgia Southwestern State University men’s basketball team lost in double overtime to USC Aiken Pacers by the score of 98-93 in the Storm Dome on Saturday evening, January 15. The game was the second regular-season matchup between the two programs. The game was back and forth with both teams holding an 11-point lead during regulation.

The Hurricanes came out firing from three, led by Jacorie Archie. Archie had three made field goals from beyond the arc and two made free throws that stretched the GSW lead to as large at 11 points in the first half. The half ended with a USC Aiken run and USC Aiken took a one-point lead into the second half. The Hurricanes in their second matchup against the Pacers had much more success offensively than in their first matchup.

The second half began the same way with the Pacers making their largest run with 13:00 left in regulation. USC Aiken stretched their lead out to it’s largest margin and had an 11 point victory with just 8:35 left on the clock. The Hurricanes began their comeback behind Jarrett Adderton, who led the charge and gave the Hurricanes their first lead since the one-minute mark in the first at the under-four media timeout.

The two teams traded buckets until Jalen Mccoy hit a three with 16 seconds left to tie the game at 73. The Hurricanes missed a Donte Tatum three at the end of regulation and the game went to its first of two overtimes.

The first overtime was a stalemate with both teams battling hard for each basket. Jonathon King hit a layup with 40 seconds left in the first overtime to tie the game at 84. The Pacers tried to end it but a missed layup and jump shot sent the game into its second overtime.

Both teams kept up the intensity but, USC Aiken made many key shots in the second overtime to doom the Hurricanes’ chances at an upset bid. Kevin Kone brought the game within one with 48 seconds left to give the Hurricanes a chance, but a jump ball gave USC Aiken the ball and forced the Hurricanes to intentionally foul. David Strother made both free throws ending GSW’s chances.

Adderton led the Hurricanes in scoring with 23 points and Tatum poured in 21 in the losing cause. Jonathan King was also in double figures with 13 points for GSW.

The Hurricanes will next head to Augusta University for a Wednesday night contest against the Jaguars.