The voting items for the regular meeting of the Americus Mayor and City Council were limited. All members, with the exception of Juanita Wilson were present. The first item passed unanimously allowing the city to use NEOS to address technological needs in the Customer Service Center located on Forsyth Street. The second item passed by a vote of 4-1 with Dowdell opposing. The approval will allow City Manager, Diadra Powell to negotiate with the City of Albany to procure their used vehicles for the Public Works Department. The lack of vehicles has become a dire need. Shortage of vehicles has been an ongoing issue over the past year and the city has put as much wear on the current vehicles as they can. Powell has permission to negotiate with up to $10,000 to alleviate the stress on the department. Powell reported in the agenda setting meeting the City of Albany rotates their vehicles out every five years which presents a possibility for Americus to purchase from those vehicles rather than waiting further into an unknown shortage for a new vehicle to become available. Lastly, the council voted to appoint Mayor Lee Kinnamon to serve on the River Valley Regional Commission, which passed unanimously. In addition to these items, the consent agenda, as per usual, was passed with unanimous consent. Items on the agenda fell mostly under the purview of the Public Works Department.

Brown and Dowdell added comments at the end of the meeting. After letting the council know of a food distributing event, Brown stated he was pleased with his district’s voting map and wanted to know the other members’ thoughts. The council has received their maps and they have been in touch with Beverly Butcher and Diadra Powell with their thoughts. With those thoughts presented to either of these two ladies, further conversation on the matter was not needed. Brown then moved on to the topic of speed bumps. Powell updated the council that public works is currently addressing the issue and new Public Works Director, Mike Sistrunk, gave particulars.  Additionally, Brown wants city board authorities to present to city council on a regular basis. Towards the end of the meeting, Kinnamon reported also wanting the authorities to update council and he intends to put such a schedule together.  Moving on, Dowdell states he has been following the street sweeping schedule, has addressed it with Powell and wants an update. Powell reports she has addressed with the interim public works director as well as the new one, who will be updating and modifying the sweeping schedule. Sweeping the streets is weather permitting, and Sistrunk reports the number of streets for two sweepers is rather large and there is also a manpower issue which has caused the progress to be slower than he likes to see. Dowdell then addressed the mayor saying the schedule has not been followed since before the interim director was in place. He states his constituents are “demanding” and “they pay the same taxes, and this is exactly what they are saying, as the people on the other side of town. So for my demands to get overlooked, it really bothers me and I take it personally.” He states he wants the streets swept, he has been patient and “I keep getting a bunch of lies” which he thinks makes him look like he isn’t doing what he was elected to do. Sistrunk took the comment and assured Dowdell he would make it a priority and asked for his continued patience as he has only been on the job two weeks. Dowdell expressed his willingness to work in conjunction with the new director. The meeting was then adjourned.

The next meeting of the Mayor and City Council of Americus will set the agenda for February’s voting meeting and will be held via zoom.com. The council is still meeting in a location of their personal choice. They are not gathering as one group in one location as is the case for the Sumter County Board of Education and the Sumter County Board of Commissioners. All meetings are open to the public. Further meeting details of city council as well as boards and authorities will be forthcoming at americustimesrecorder.com and can be found in our community calendar as they are confirmed via the city’s website calendar.

The 2022 Mayor and City Council is represented by Lee Kinnamon, Nelson Brown, Daryl Dowdell, Kelvin Pless, Charles Christmas and Nicole Smith. The City Manager, Diadra Powell can be reached at 229.924.4411. 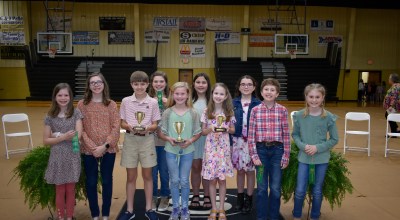